Eat, Drink, And Shop At Lively Vancouver Markets This Summer

This summer promises to be an amazing one in Vancouver, with popular events returning and new ones in the works. Going to a market promises so much fun: happy people milling about, artisan goods to browse, and great food and drink to enjoy.

Here are 10 markets to put on your summer to-visit list: 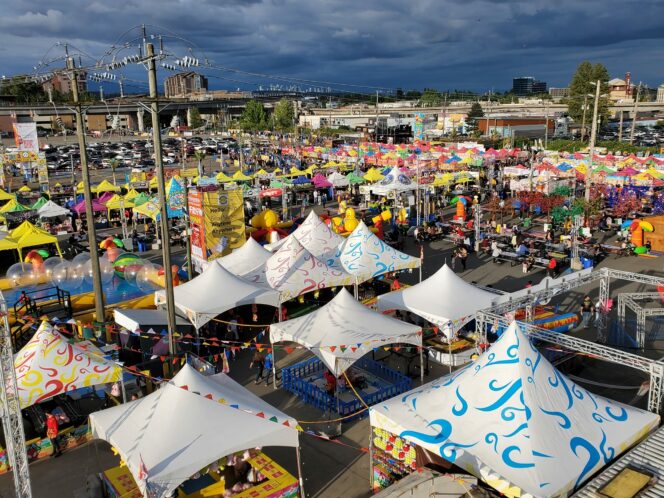 Reminiscent of bustling night markets you’ll find in Asia but with its own west coast flair, the Richmond Night Market has become a rite of summer in Metro Vancouver. It gets incredibly busy (which is part of the fun) so a game plan is needed. Get there early so you snag a prime spot in the line-up and then decide which part of the Market you’re going to attack first. Their international food fair offers a dizzying array of delicious eats and beverages, ranging from cumin lamb with naan from the crowd favourite Chef James Xin Jiang Man to a fried chicken taco filled with crayfish from Boom Chicken. When you’re plenty stuffed, you can then check out the offerings at the vendors or take in some of the live entertainment, which includes performances by dancers, musicians, and martial artists. 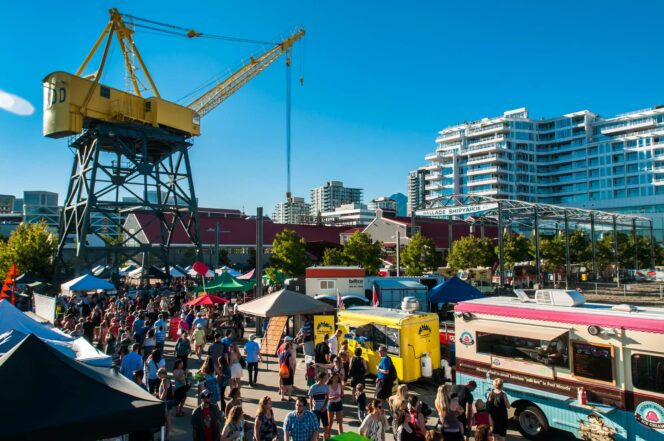 North Vancouver knows how to throw a family-friend party every Friday night. Located at the waterfront, Shipyards Live features incredible views and programming that keeps the evening entertaining and delicious. Food Truck Lane features a rotating group of Vancouver’s best food trucks, selling everything from ice cream to gourmet mac ‘n’ cheese. If you’re thirsty, head to The Patio, a pop-up beer garden presented by Stanley Park Brewing, which serves beer as well as other alcoholic bevvies. The Shipyards Marketplace is great for finding artisan food and crafts while The Stage at Shipbuilders’ Square hosts live entertainment that will get the crowd clapping and dancing. Plus, there’s a splash park for cooling down on a hot summer’s night.

When: Fridays from now until September 2, 3pm-10pm; Canada Day (July 1), noon to 10pm
Where: The Shipyards, North Vancouver 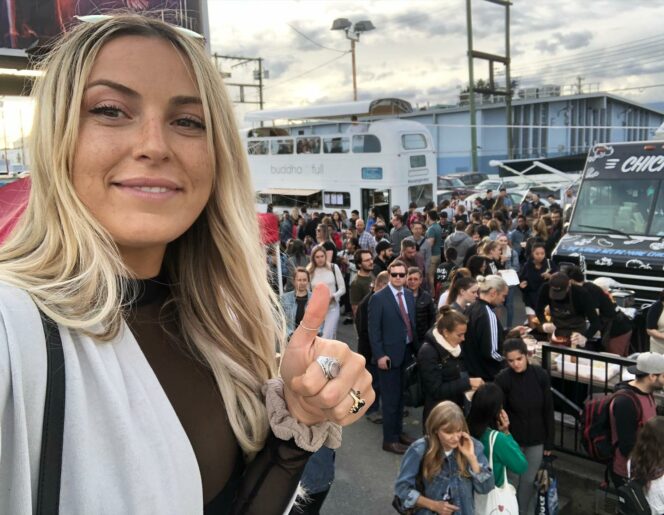 Vancouver’s thriving plant-based community will come together at the exciting return of the biweekly Vegan Night Market. Organizers aim to foster connection, positive vibes, as well as a spirit of doing good for the planet amongst attendees. Admission is either a minimum of $2 by donation, or a donation of clothing, canned goods, or pet food, with all proceeds going to the Canada Ukraine Foundation. They will also have a “Plant a Seed” incentive for purchases in partnership with One Tree Planted. The event will have lots to see, do, and eat; you can look forward to food trucks, artisan vegan vendors, and live music, speakers, activities, and fun giveaways. Part of the aim is also to support and mentor local plant-based initiatives so there will be opportunities for industry networking. The Night Market is family and dog-friendly. 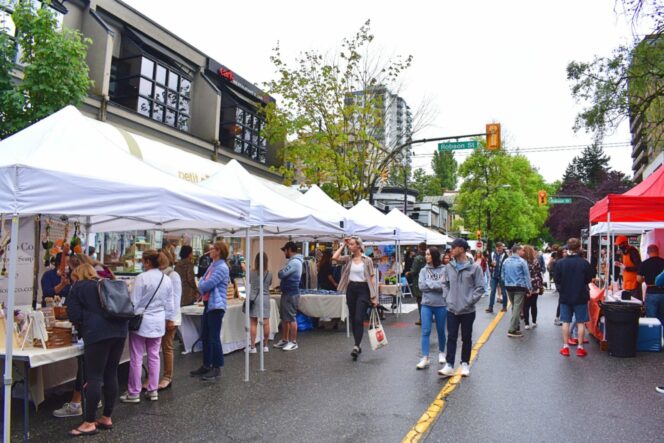 In partnership with The New Gen. Collective, Robson Street is hosting a regular Outdoor Summer Market, which will spotlight over 40 local vendors selling artisan products. Besides the outdoor shopping, there’ll be DJs spinning tunes and giveaways. The Market champions not only local makers, but also Hello Doxie Rescue Society

Made in the 604 Pop-Up Markets 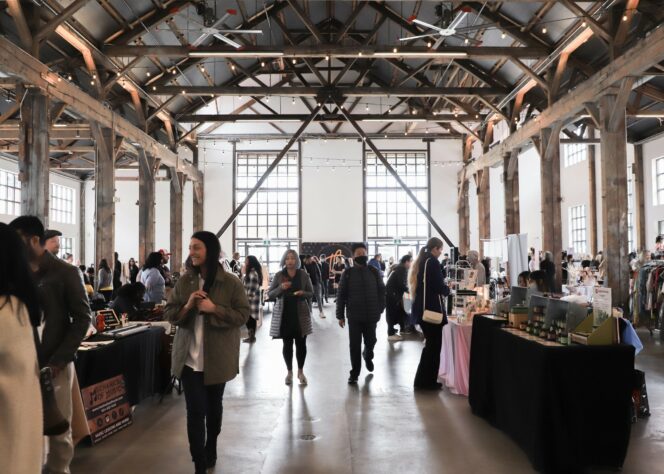 Photo: Made in the 604 Pop-Up Market at North Vancouver’s Pipe Shop

The number of local artisan vendors in Vancouver has grown exponentially over the last few years. Supporting local has never been so easy! Made in the 604 will be hosting pop-up markets throughout the summer at both Heritage Hall in Mount Pleasant as well as North Vancouver’s Pipe Shop. Vendors include Tea House Candle, Two Brothers Toffee, and Sih’le Skincare. These markets bring the best of local creatives to one community space. 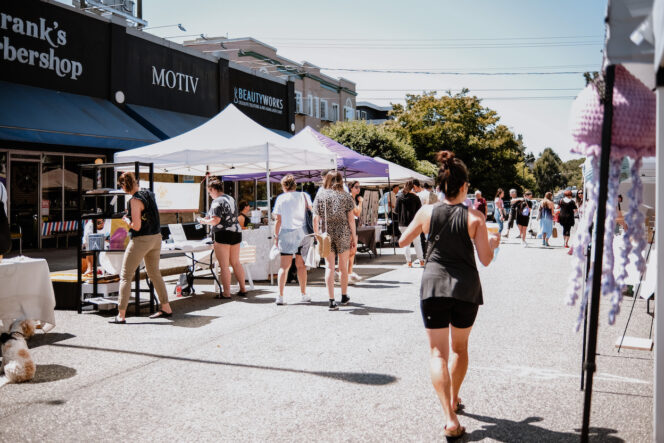 The South Granville Business Improvement Association is celebrating the vibrancy of their neighbourhood with weekend food truck events (Thank Granville It’s Food Trucks) as well as their periodic Market events in partnership with Got Craft?, The Nooks, and Portobello West. Visit the food trucks before or after for a snack, or enjoy one of the restaurants in the area, such as The Stable House Bistro or Bin4 Burger Lounge. As you’re making your way along Granville Street, pop into South Granville’s many boutiques and furniture stores, such as Kingdom Jewelry and West Elm. 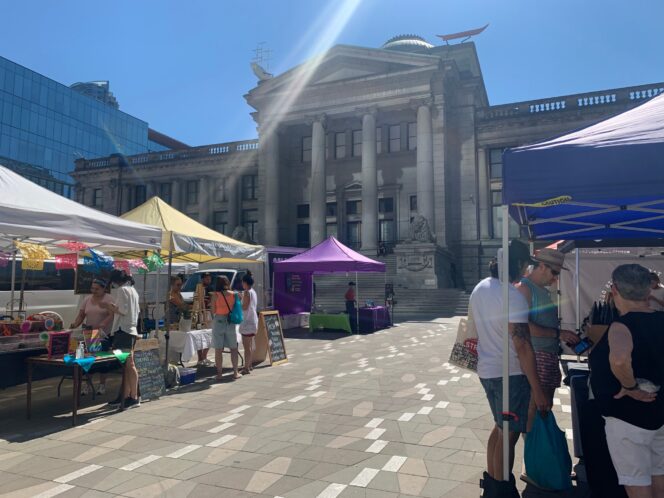 With the opening of the False Creek Market on July 14, Vancouver Farmers Markets will be in full swing for the summer season. There are 6 more to choose from, including the ones at Trout Lake and Kitsilano Community Centre. Besides fresh produce from local farmers, you can meet local artisan vendors selling jams, pottery, baked goods, and much more. Food trucks are usually in attendance if you’re looking to picnic before or after your market shopping.

When: Wednesdays, Thursdays, and Saturdays and Sundays, various times
Where: Various markets throughout the city 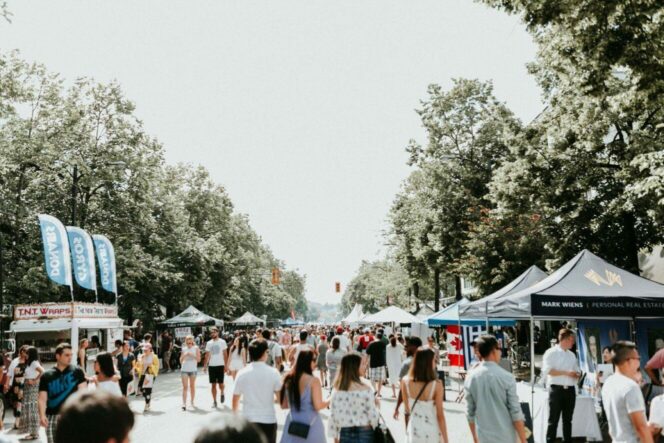 After a pivot to a drive-through event in 2021, Greek Day on Broadway will be exuberantly back this summer. As one of the first cultural festivals that happens in the summer, its joyous festivities are a sign of more good things to come in July and August. Besides live entertainment and plenty of eats, such as souvlaki and loukoumades, there will be plenty of items to browse at the Agora (marketplace in ancient Greece). Plus, the whole stretch of West Broadway turns into an open market with various stalls, including ones from members of the West Broadway Business Improvement Association.

When: June 26, 11am to 9pm
Where: West Broadway between Macdonald and Blenheim 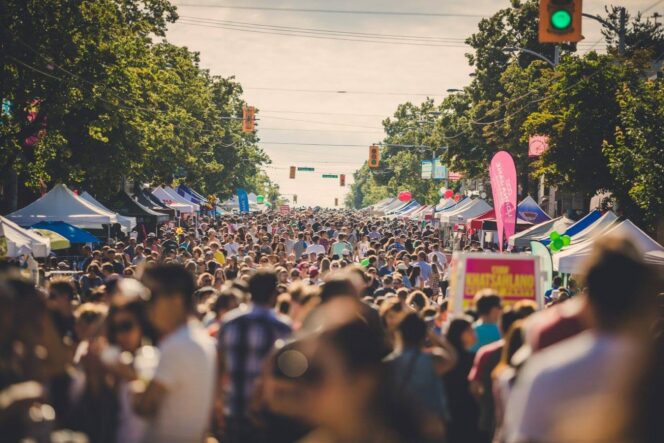 The Khatsahlano Street Party returns to celebrate its ten-year anniversary. Because the theme is #MakingUpforMissingOut, this year’s event is sure to be the ultimate bash. Artists like Haley Blais and Jordan Klassen will be on stage, 8 pop up wedding will be happening, and a Host Nations Pavilion will spotlight local Indigenous artists. And with over 50 food tricks and multiple beer gardens and a hard seltzer garden, there will plenty to nosh on and drink. Vendors will be set up for market browsing all along 4th Avenue, and the many merchants in the area will also have their own booths.

When: July 9, 11am to 9pm
Where: West 4th Avenue, from Burrard Street to MacDonald Street 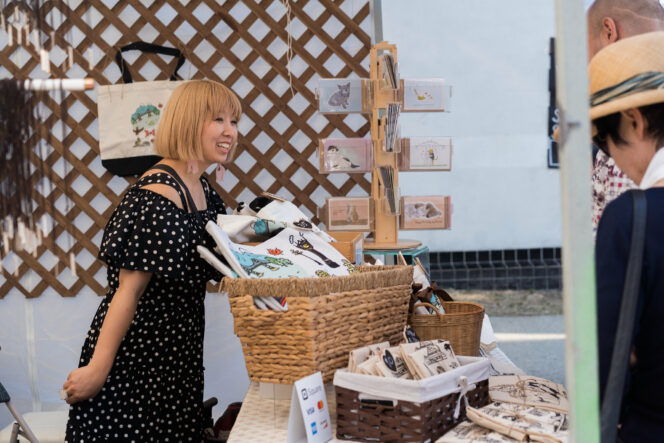 This celebration of Vancouver’s historic Japanese neighbourhood consists of live entertainment, demonstrations, an assortment of Japanese dishes, such as takoyaki and ramen, and a marketplace. Artisan local vendors at the Powell Street Festival sell unique crafts and food items, including pottery, jewelry, and specialty sauces. The Powell Street Festival is a wonderful way to learn more about Japanese Canadian culture both past and present in the city.