7 Things To Do At Iona Beach Regional Park

How to Get to Iona Beach Regional Park

From Vancouver, take the Arthur Laing Bridge into Richmond. Turn right at the first traffic light onto Templeton Street. Stay on Templeton as it turns into Ferguson Road and bends to the left. Ferguson becomes Iona Island Causeway and dead-ends at Iona Beach Regional Park.

The four-kilometre-long Iona Jetty stretches straight out into the Strait of Georgia. (It’s actually built on top of a treated sewage outflow pipe.) Two trails (one upper and one lower) are both great for a walk, run, or bike ride. You’ll get great views of the ocean, North Shore Mountains, and Vancouver Island in the distance. Look closely to spot seals swimming nearby, herons hunting in the shallow water, and eagles soaring overhead. The jetty can be very windy, so there two are wind shelters located along the way. 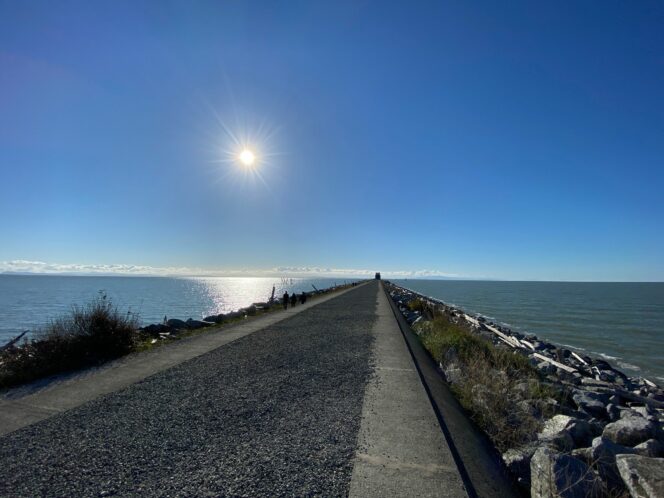 The quiet Bridle Path trail parallels Ferguson Road as it runs into the park. The two-kilometre-long trail is multi-use so you may share it with horses and cyclists. The southern part of the trail has great views of McDonald Slough to the east, while the northern part overlooks Iona Beach.

Iona Beach Regional Park is an important stop-over for migrating birds in the spring and fall and is home to dozens of species year-round. The ponds on the east side of the park are one of the best places to bird-watch. 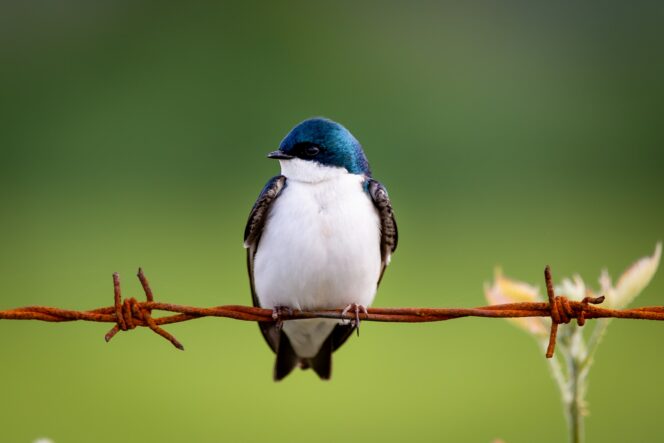 Outside of the airport, the quiet roads of Sea Island are a great place for road cycling. A popular route starts in Vancouver and follows the Arthur Laing Bridge, Templeton Street, and Ferguson Road into the park where riders continue to the end of the Iona Jetty.

Wander Around the Ponds

The ponds on the east side of the park were built in the 1980s to compensate for bird habitat lost during the expansion of the Vancouver Airport. Today they attract dozens of bird species. A network of informal trails runs around the North and South Ponds for several kilometres. Note: To protect wildlife, dogs are not allowed in this area. 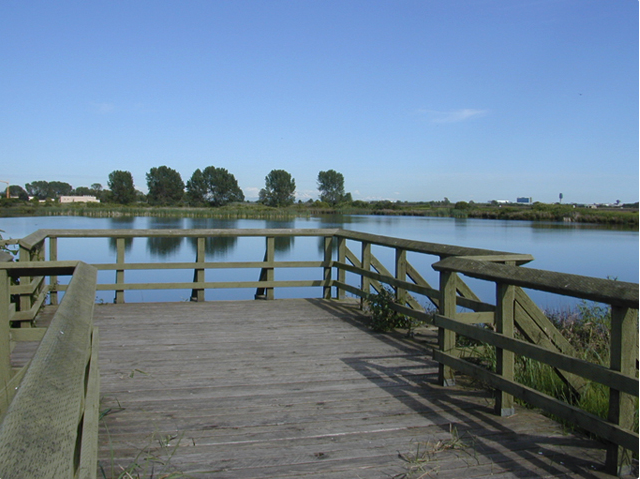 Iona Jetty isn’t the only jetty at Iona Beach Regional Park. The sand-bar-like North Arm jetty stretches away to the northwest, channeling water from the North Arm of the Fraser River in the Strait of Georgia. The interior of the jetty is closed to the public but you can walk three kilometres along the beach at low tide. (Check the Vancouver tide table before you go.) This is a rougher route and is best for intermediate hikers.

Iona Beach Regional Park is one of the best places to watch the sunset in Vancouver. The sun sets directly in front of you in the Strait of Georgia. On clear days, you’ll be able to see Vancouver Island in the distance too. 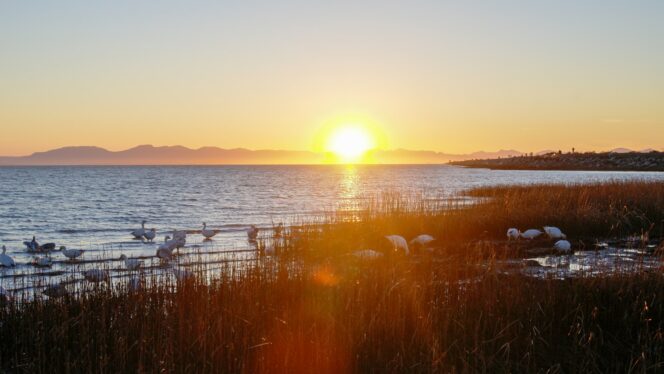