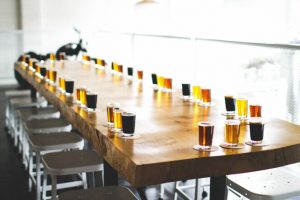 The Vancouver area is home to several dozen craft breweries, creating a wide variety of small-batch beers. The Mount Pleasant neighbourhood has a particularly dense concentration of microbreweries. In fact, the area was historically known as Brewery Creek and people have been making beer here since the 1880s. Today it’s a great spot to spend an afternoon biking or walking between tasting rooms. Our 1.5-kilometre-long route visits six different breweries!

Start your Mount Pleasant brewery tour at 33 Acres Brewing Company. It’s at the top of the hill so you’ll only have to walk or bike downhill from here! Their popular tasting room usually has a half dozen beers on tap and a house cider too. If you’re hungry, they have brunch on the weekends, tacos on Tuesdays, and snack plates all week.

Head east on 8th Avenue, cross Main Street and Kingsway, then go east for another half block to arrive at your second stop: Main Street Brewing Co. It’s located inside an old industrial building. They pour classics like Pilsner, IPA, and pale ale year-round, but be sure to see what seasonal beers they have on tap. They usually have unique flavour combos like their Ocean View Black Lime Lager or Hula Hula Tropical Milkshake Sour. They often have a food truck onsite too.

To reach your third stop, backtrack to Main Street and head north for a block to Brassneck Brewery. The gorgeous tasting room is a real ode to the hipster Mount Pleasant aesthetic. Craft beer lovers make repeat visits here since they are always trying out new styles which means there is often something fun and experimental on tap. They also have delicious snacks from their sister restaurant, Magnet. 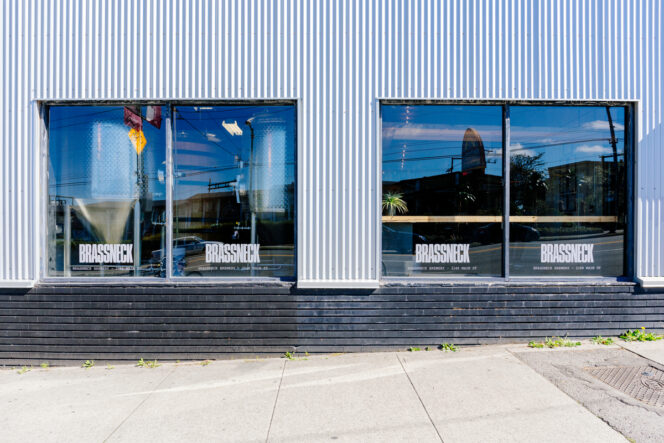 Next, head north on Main Street, then west on 4th Avenue to arrive at R&B Ale & Pizza, the fourth stop on your Mount Pleasant brewery tour. They’ve been brewing beer in the neighbourhood since 1997! The names of their beers pay homage to the area. Try the Stolen Bike Lager, Vancouver Special IPA, or Dude Chilling Pale Ale. If you’re hungry, get one of their incredible pizzas.

You don’t have to go far to reach the next stop – Electric Bicycle Brewing is just a few doors west from R&B Ale & Pizza House. You can’t miss their brightly painted facade. This newer addition to the Mount Pleasant craft beer scene has a decidedly irreverent vibe with funky decor and off-beat beers. They also can scratch your comfort food itch since they have gooey chilled cheese sandwiches on the menu.

Your last stop is just around the corner. Head west on 4th, then north on Ontario to Faculty Brewing Co. This unique brewery has an open-source philosophy which means they share the recipes for each beer they create. The names of their beers include a number, similar to a university course catalogue. 100-level beers are great for introductory drinkers while 400-level brews are for more advanced and adventurous palates. They also share space with Oddity Kombucha if you’d like to try a different type of fermented beverage. 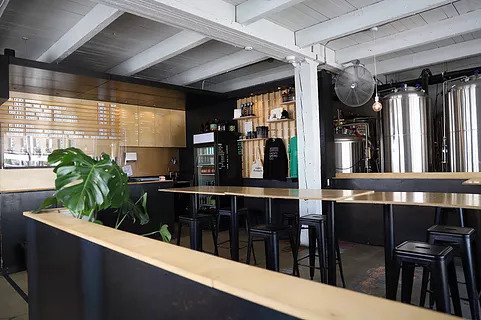 By TARYN EYTON
Source Inside Vancouver