The royals were decked out in their finest jewels for this evening’s State Banquet.

Today marked a new era for Kate Middleton as she attended her first banquet as Princess of Wales. But the former duchess turned to a tiara she has worn many times before, Queen Mary’s Lover’s Knot Tiara.

The Princess wore the diamond and pearl tiara along with a white Jenny Packham dress and a pearl bracelet that once belonged to Queen Elizabeth. The Queen Mary’s Lover’s Knot Tiara was popular with Princess Diana and has become Kate’s go-to piece for state occasions. This is the ninth time she has worn it. She wore it for the first time in December 2015 to the annual diplomatic reception hosted by Queen Elizabeth at Buckingham Palace. She chose it again for the same event the following year and wore it again in 2017 for the State Banquet for the King and Queen of Spain. The last time Kate was seen in the headpiece was for the diplomatic reception in December 2019. 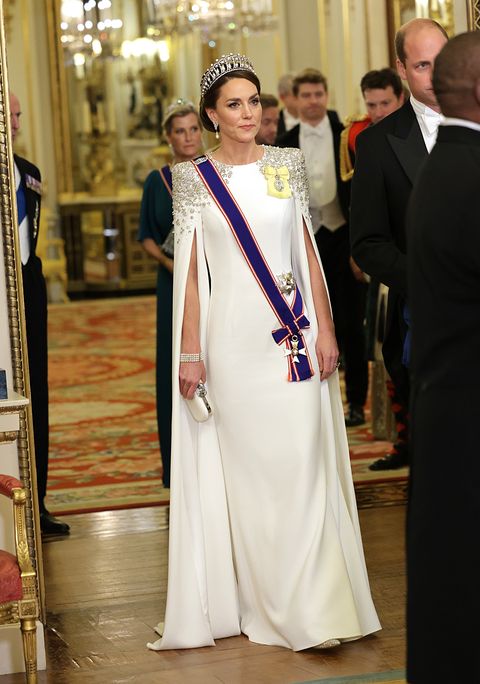 The tiara was made for Queen Mary in the early 20th century and was modelled on an earlier jewel known as the Cambridge Lover’s Knot Tiara. In previous years, Kate has borrowed the tiara from Queen Elizabeth but it is believed that the late Queen’s jewelry collection was passed on to King Charles and therefore the tiara is borrowed from him.

In contrast to Kate’s decision to wear a tiara she has worn before, the Queen Consort wore a piece for the first time this evening. She chose a diamond and sapphire tiara with a matching necklace and bracelet. The set was frequently worn by the late Queen Elizabeth, including for a portrait in 2020 commissioned by the Canadian government. 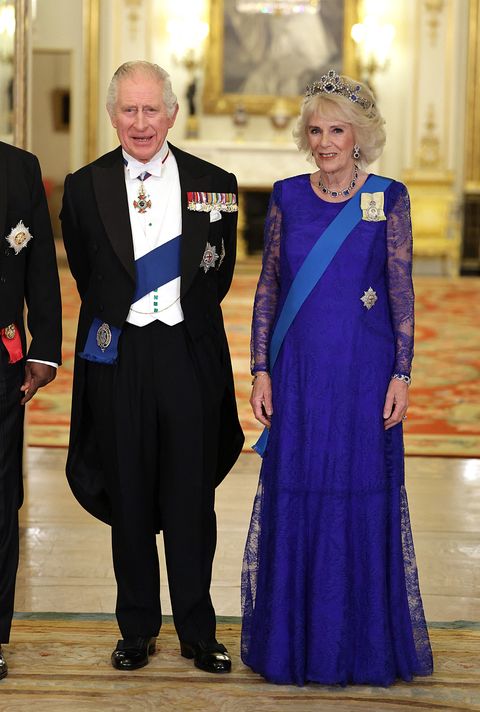 The first visit of King Charles’s reign has seen the King and Queen Consort Camilla take center stage, performing all the duties were once performed by Queen Elizabeth and Prince Philip. The new Prince and Princess of Wales have also played a prominent role in keeping with their new roles. Earlier in the day, they took on the duty that Prince Charles and Camilla used to perform, greeting the visiting head of state, South Africa’s President Ramaphosa, and traveling with him to the official welcome at Horse Guards Parade.

25 Places To Enjoy Christmas Lights Around Vancouver In 2022

In Sweden, It’s Possible To Combine Career With Family Life. Here’s Why.