Christmas with Chor Leoni is back on stage in Vancouver. PHOTO CREDIT: David Cooper.

From uplifting plays to sparkling pantos and from brilliant concerts to velvet-voiced choirs, live shows are the best way to tap into the spirit of the festive season. This year, the stages of Vancouver and beyond are hosting a full playbill of amazing options––and now is the time to book your tickets.

But what are those options? While researching my 2022 Vancouver Christmas Guide site––now in its sixth year––I discovered a huge variety of local shows to consider. Read on for some of our favourites, and keep your eye on the Shows section of our site for more––plus lots of chances to win free tickets.

A traditional festive entertainment, pantomimes are an ideal reason to round-up the family for a holly, jolly great time. Kids of all ages will love Sleeping Beauty Wakes Up! at Marpole’s charming Metro Theatre. There’s also The Snow Queen: A Frozen Adventure, presented by the Royal Canadian Theatre Company and running at Surrey Arts Centre and New Westminster’s Massey Theatre. 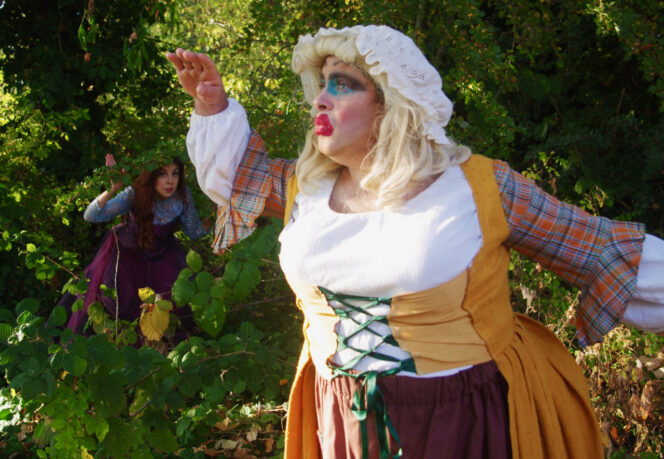 And don’t miss the 10-year-anniversary of the Cultch’s beloved East Van Panto. On stage at their York Theatre venue on Commercial Drive, this year’s show is The Little Mermaid. Once again it’s a whip-smart fusion of songs, kid-friendly giggles and satirical belly laughs for adults.

Also consider taking the family to Richmond’s Gateway Theatre for Anne of Green Gables: The Musical, a joyous retelling of the classic story. Or book for the December 18 Orpheum Theatre screening of cherished British animation The Snowman, complete with live Vancouver Symphony Orchestra accompaniment.

Music fans of all ages will love the Four Seasons and Nutcracker Suite performance by the Vancouver Academy of Music Symphony Orchestra. It’s also at the Orpheum––and with tickets from $10 to $15, it’s a great-value option. And for younger kids, North Vancouver’s Presentation House Theatre is staging Where the Wild Things Are––specifically for the three-to-six-year age group.

Holiday shows aren’t just for children, of course. The Arts Club Theatre Company is pulling out all the stops at its three Vancouver venues this year. Consider their sparkling The Sound of Music; immersive Me Love Bingo!: Best in Snow; and Mom’s the Word: Talkin’ Turkey, an hilarious yet poignant delight that’s filled to bursting with highly relatable Yuletide yarns. 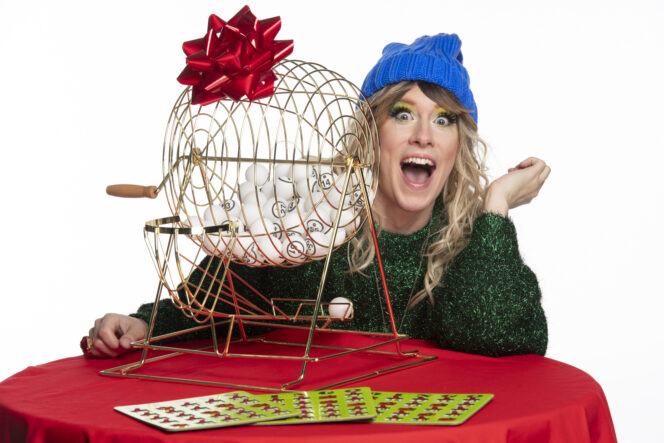 Keep the laughs coming at Granville Island’s Improv Centre where Happy (Hectic) Holidays sees a team of brilliant comic performers improvise a show themed around hosting friends, family and more for Christmas––with the action shaped by suggestions from the audience. 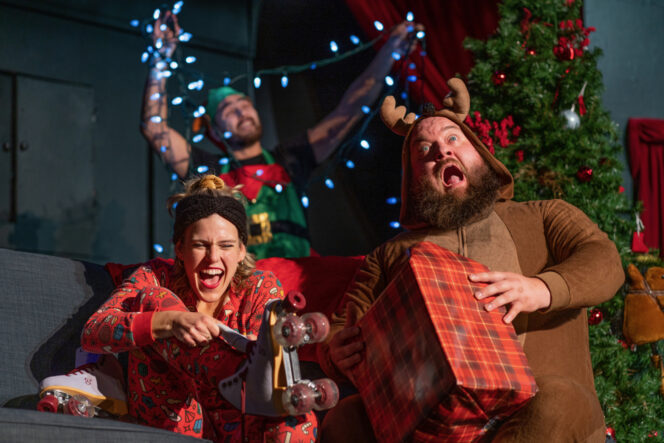 And if you want to see a pair of top-notch comedians (and an opera singer) attempt to stage a version of The Messiah, head to the hidden gem Pacific Theatre in the South Granville area. This anarchically funny yet soul-stirring show was a hit on London stages and is a great way to launch your holiday festivities.

Yuletide entertainment wouldn’t be complete without A Christmas Carol and The Nutcracker, of course. Scrooge fans have two options: the Firehall Arts Centre’s spirited one-person show echoes the way Dickens himself performed the story. While the WONDERHEADS version is a beguiling full-mask production with glowing ghosts and a 10-foot-tall puppet. 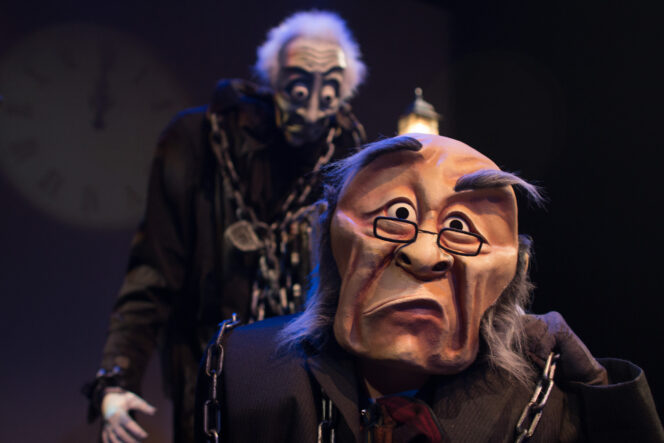 And if you can’t get through the holidays without a Sugar Plum Fairy or two, book ahead for Goh Ballet’s Nutcracker at Queen Elizabeth Theatre. Ballet BC is also hosting the Royal Winnipeg Ballet’s interpretation at the same venue, while Ballet Victoria’s version will be playing on stages around the region.

Pointe fans of all ages should also consider Dance Into Christmas at the Massey Theatre. It’s the 23rd annual festive show of the Richmond Academy of Dance and the school’s students––joined by guest artistes from Les Grands Ballets Canadiens––will perform Nutcracker excerpts and more.

And be sure to also book ahead for A Winter’s Twist, a magical, family-friendly holiday happening on stage in North Vancouver. Performed by Lamondance, it’s an energetic, festive-flavoured version of Romeo and Juliet––and a spellbinding show to add to your Christmas entertainment options.

Music fan? Early Music Vancouver’s soaring, sumptuous Festive Cantatas is the perfect way to ease into the spirit of the season. While Winter Harp’s costumed performers will be playing traditional songs and carols on stages around the region. Music on Main is also bringing back its lovely Music for the Winter Solstice at the city’s Heritage Hall. 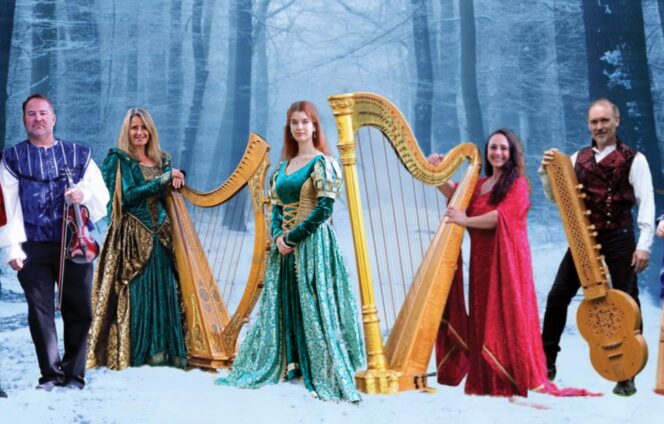 And don’t miss Christmas with Chor Leoni. The male voice choir’s shows––in the beautiful St. Andrew’s Wesley-United Church––offer delightful renditions and unique arrangements of classic songs and carols. The Vancouver Symphony Orchestra’s annual A Traditional Christmas concert is also back this year––at the Orpheum Theatre as well as stages in Surrey and North Vancouver. 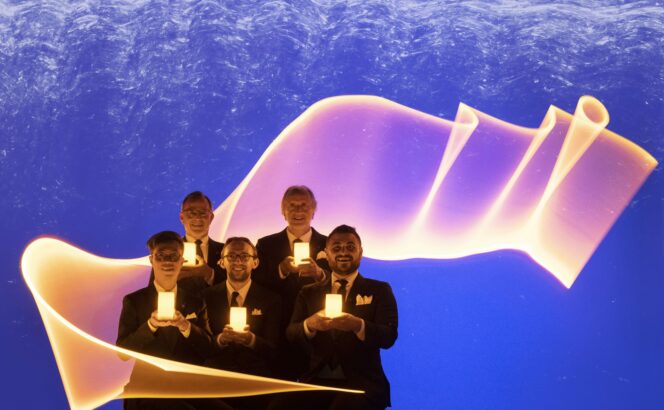 Christmas with Chor Leoni is back on stage in Vancouver. PHOTO CREDIT: David Cooper.

There are several additional toe-tapping options to consider. There’s a one-night-only Tom Jackson show at the Massey Theatre, with the celebrated actor and musician performing original music, familiar festive songs and more. And over at the Pacific Theatre, Christmas Presence is an annual, cabaret-style tradition filled with music, poems and stories.

But the new PNE Winter Fair is offering arguably the hottest roster of live music this year. The 10-day event has a different act on stage every night, ranging from Dionne Warwick to Tom Cochrane and from Jann Arden to Holly Cole. Why not make this a Christmas pressie to yourself––but book ahead before it’s too late!

For more information on the festive shows, events and attractions in the city and beyond, visit the Vancouver Christmas Guide. Written by Lonely Planet travel writer John Lee, it’s the best online guide to the area’s 2022 holiday happenings. The site was co-created with Christmas Cat Max, who pens its gift reviews and often appears on its @MyVanChristmas Twitter feed.