Vancouver’s Iconic Celebrities Nightclub Is Back

Vancouver nightclubs are once again offering a full entertainment experience for their guests. This return is particularly momentous for Celebrities Nightclub, which is connected to over a century of rich entertainment history in Vancouver.

Celebrities Nightclub is located at 1022 Davie Street. The building was designed by famed local architect Thomas Hooper and built in 1908. It became the home of Lester Dancing Academy (previously Lester Court), operated by Frederick and Maud Lester. In 1933, it was renamed the Embassy, becoming a popular dancing club that ran 6 days a week in the 1940s. Then, after a brief time as The Pillar and Post Cabaret, it transformed in the 1960s into Dante’s Inferno, a rock ‘n’ roll club. Famed acts at the time included The Grateful Dead and The Doors, who performed two nights consecutively.

The venue transformed as the city shifted. In 1967, it became Retinal Circus, host to psychedelic concerts by artists such as Janis Joplin, The Velvet Underground, and Led Zeppelin. The basement was the home of The Elegant Parlour, an after-hours club devoted to rhythm and blues run by Tommy Chong (known later for being a part of Cheech and Chong).

Throughout the 1970s, the building was home to a few other entertainment concepts, including as a strip club, before it was purchased by the Kerasiotis brothers in 1983 and relaunched as the Rock Palace. It became Celebrities in 1987, a home for Davie Street’s gay community and becoming well-known in the 1990s for their Rehab Friday raver nights. Roughly ten years ago, the Keriositis family joined forces with Alvaro Prol of Blueprint Events to form Blueprint, which now runs Celebrities and other popular venues in the city, such as Fortune Sound Club and Colony.

This long and rich history is part of the reason why Celebrities continues to be so beloved in this city. “It’s been a staple place for people to enjoy and experience music and culture. It’s definitely been a hub for so many years,” says Andrew Haydock, promotions and marketing manager at Celebrities. 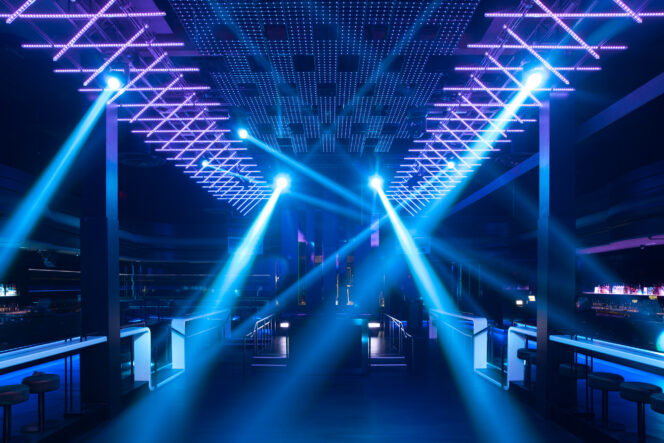 Haydock believes part of what makes Celebrities special is its ability to stay relevant to the city. “It all comes down to the culture that’s behind it. It was a queer space and then it became an electronic cultural hub for many years. And Alvaro [Prol] was able to be one of the first people to bring international electronic artists to Vancouver, and Celebrities was a home for that. It’s a space that’s had so many evolutions. It’s ever evolving,” he says.

In its current incarnation, Haydock describes Celebrities as an extremely inclusive space. “It’s come as you are. You don’t need to define yourself. You just need to come and be yourself and really experience what you need to experience,” he says, adding, “I want everyone to feel safe and comfortable.” For example, Blueprint is doing workshops with Good Night Out Vancouver, a non-profit that works to end sexual violence during nights out. Haydock emphasizes that Blueprint is actively committed to making Celebrities as safe as it can possibly be for its guests. 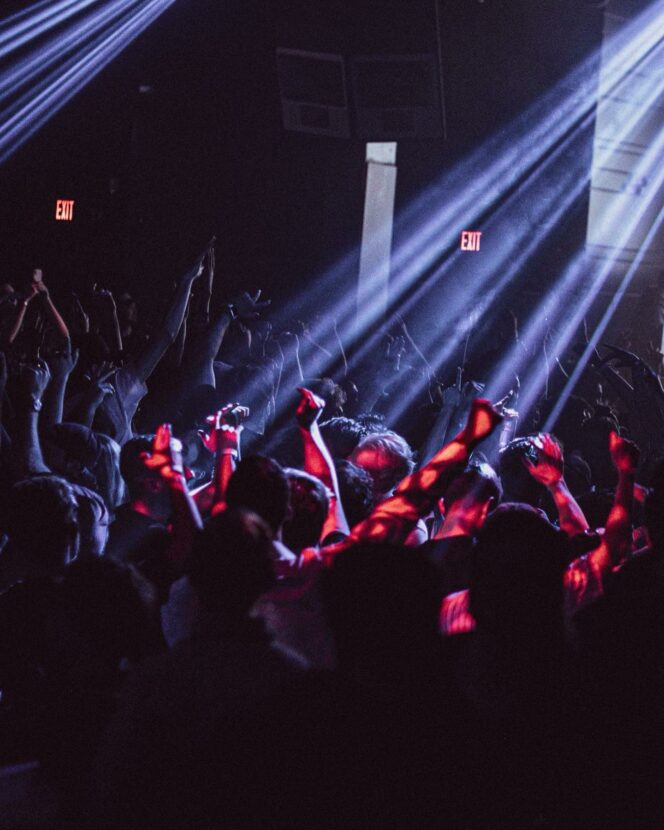 The pandemic has been tough for Celebrities and other entertainment venues—such as those in the Granville Street Entertainment District—but they weathered the storm. Celebrities operated as a lounge at the end of 2021, closed for a time, and now is back full force. Haydock says, “We’re excited to be back. It was definitely a hard time seeing the club just sit there.” 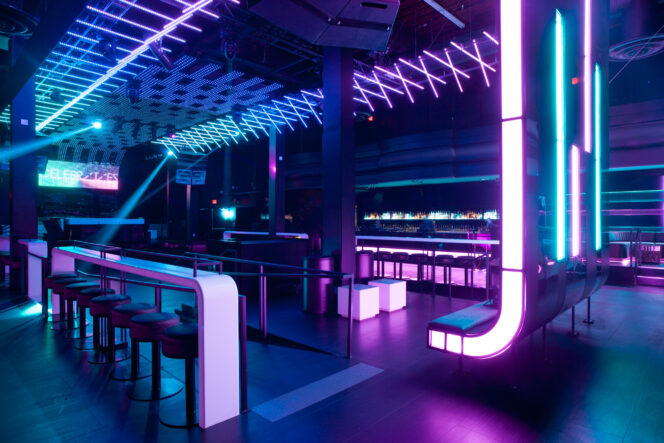 He says there’s been a lot of enthusiasm, especially given that there are three groups of people who are experiencing going to a club for the first time: those who just turned 19, and those who turned 19 during the two years of the pandemic. And, other people are coming back to the club after a lengthy hiatus. Haydock says the return has required some patience as everyone gets (re)educated on how to enjoy themselves at a club.

All Celebrities’ regular nights are back: Tuesdays are industry and student nights ($4 highballs, $5 student cover and industry is free); Stereotype Fridays feature international DJs from all around the world, representing diverse music styles; and Playhouse Saturdays are primarily house music. They also have a new underground venue, Village Studios, with a dance floor and currently three shows a month (they’re hoping to expand as time goes on). 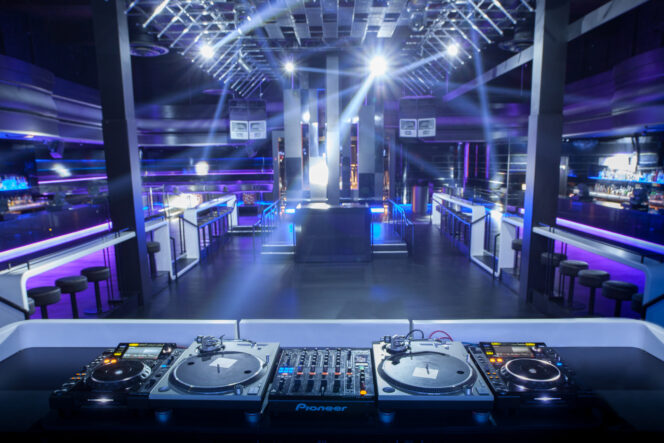 These regular nights have created a lot of loyalty for Celebrities, making the club not only tied to the history of Vancouver, but also to the personal memories of so many people in the city. Haydock himself has evolved with Celebrities, starting as a busser 12 years ago, and then working as a bartender, then a social media consultant, and now as the marketing and promotions manager. “It’s one of those places where you see so many different moments of your life. I’ve spent many New Year’s here, and I’ve also had many celebrations here. It’s a place where a lot of people get to experience new things,” he says. 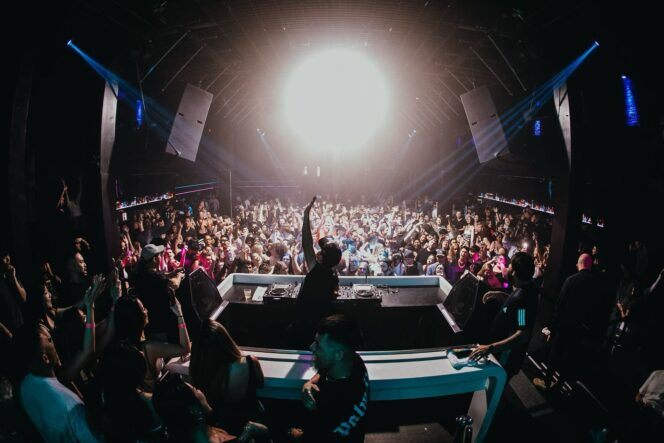 Just recently, Haydock witnessed someone proposing on the dance floor seven years after the couple had met at Celebrities. “He came in during the day when the club was closed. He brought her in, and it was quite special,” Haydock says.

He says everyone has been so excited to be back in a space where they have experienced such great times. While Celebrities has some new staff, guests have been happy to interact with the old bartenders they haven’t seen in years, and reconnect with people who share the same music taste as them. “That community is back. I think that’s the best feedback from a lot of people. And some people have really enjoyed getting lost in the music again. So many people work 9 to 5, and their escape is a good concert and good dance on the dance floor,” Haydock says. 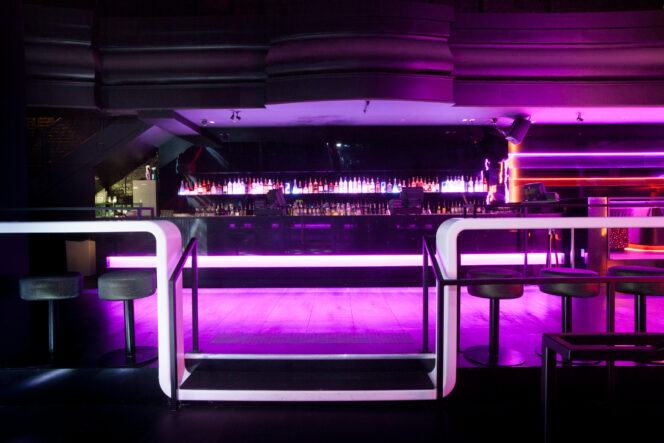 Surprise, Delight And Discover Your Next Favorite With The New Kids Mystery Box!