The second day of the Netflix Festival Japan 2021 wrapped with 6 star-studded panels for upcoming Japanese films and series as well as international titles including Hollywood blockbuster Red Notice and the breaking news of the live action adaptation of the most popular anime/manga ONE PIECE’s casting.

Below is an overview of all talent, both behind and in front the camera, who gave a glimpse at their upcoming Netflix projects.

One of the highlights was an appearance by Dwayne Johnson, star and producer, and Rawson Marshall Thurber, director and writer of the blockbuster action film Red Notice – as part of the global title stage. The story is a thrilling, high-speed, globetrotting adventure for everyone. Thurber talked about how he was inspired by films of Mr. Spielberg and Mr. Lucas and The Rock revealed some insights into some of his  own stunts, including a scene jumping out of a flying helicopter.

More Netflix talent from around the globe made appearances at the Netflix Festival Japan 2021 including Asa Butterfield from Sex Education, greeeting his Japanese fans in Japanese and sharing his love for Japanese anime, Song Kang from Nevertheless and even Lily Collins from Emily in Paris. Academy-Award winning actress Halle Berry introduced the film Bruised, which marks her directorial debut and last but not least Matthias Schweighöfer presented his latest movie Army of Thieves.

Asakusa Kid (Film): The drama is based on the memoir of Japan’s great comedian, Beat Takeshi , aka internationally-acclaimed film director Takeshi Kitano, telling his relationship with his legendary mentor Senzaburo Fukami. Fukami, who also was a mentor to other great comedians including Kinichi Hagimoto and Hachiro Azuma, was called the “Phantom Asakusa Entertainer”. Yo Oizumi, who played Fukami, was on stage with his co-star Yuya Yagira, and Gekidan Hitori who wrote and directed the film.  The writer-director, also a popular comedian himself, shared his passion for the project and that he initially started to write the screenplay back in 2014.  The actors said it was challenging to portray characters based on a true story and given that all characters are real, legendary figures.  Fukami’s signature line was “You fool! ” and Oizumi and Yagira explained that they had their own interpretations of the word to understand exactly what Fukami was trying to tell his apprentices by “howling it out”.  They wrapped their appearance  with the message that this story is not only about a small group of special, talented people but is a gift to everyday people that are working hard to fulfill their dreams and to reach their goals. 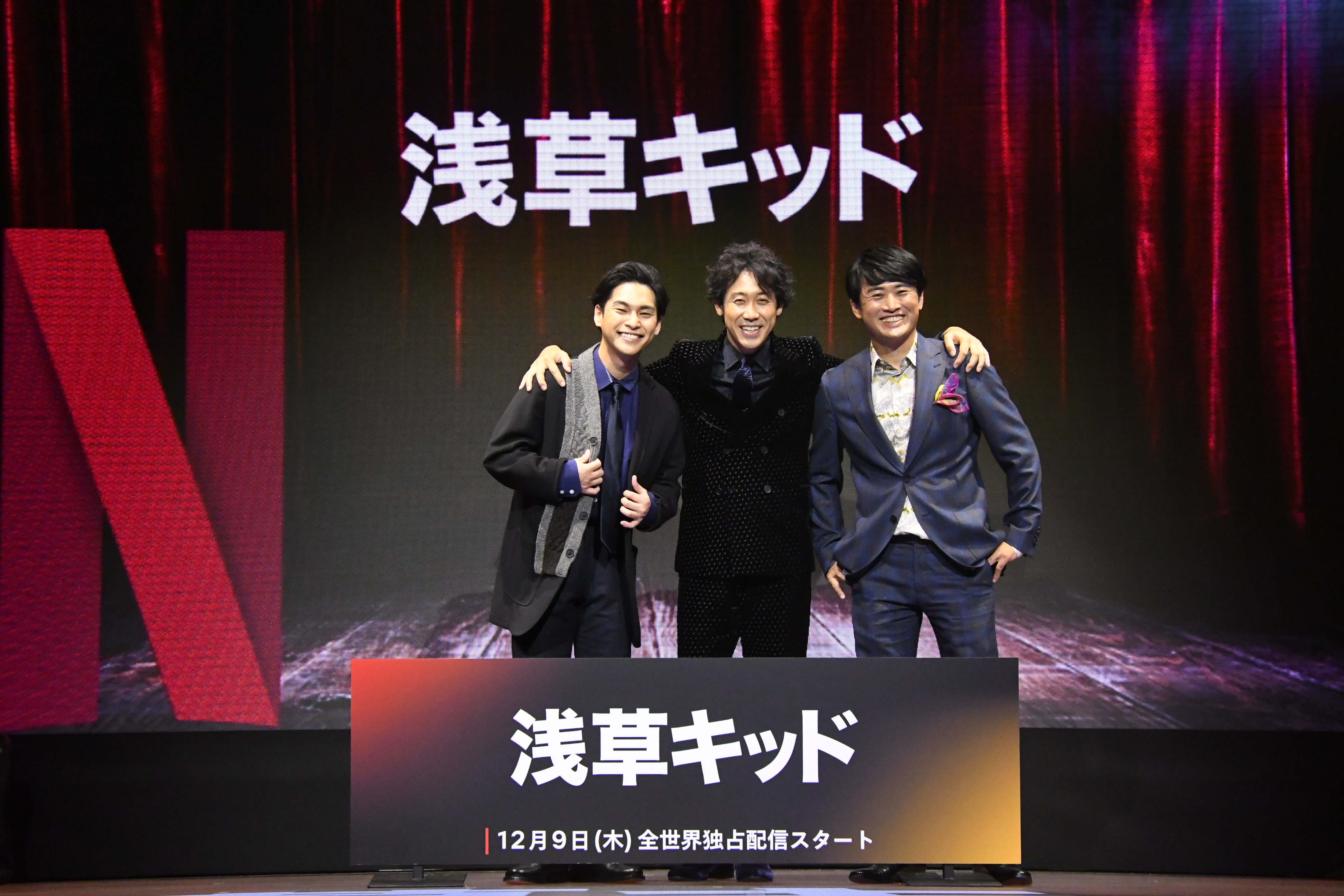 Fishbowl Wives (Series): Ryoko Shinohara and Kyoko Hasegawa, Director Michiko Namiki, and the moderator Kamiko Inuyama discussed the story. Director Namiki explained that the story is about several married women who have hidden frustrations but will move on with self-reliance. Shinohara explained the character she played (fishbowl wife) had a life-changing encounter with a goldfish store owner Haruto when she runs away from her violent husband, and Hasegawa explained her character (renovation wife) appeared to be stylish but she secretly lacks confidence in her look which was discounted by her husband. This is a love story for Netflix with the bold cast acting based on the strong and sensible story of the original comic. 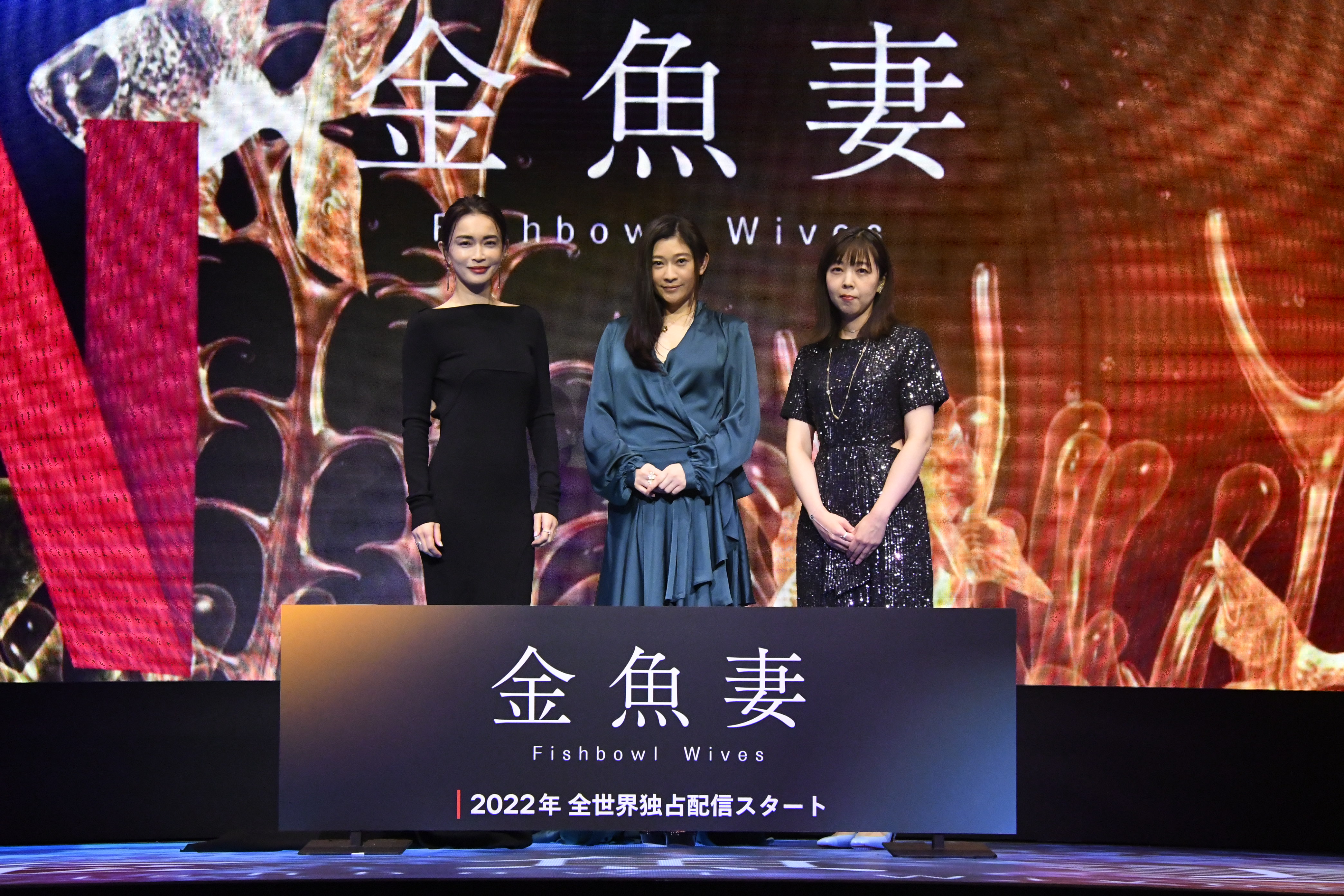 Director Hirokazu Kore-eda, a regular at festivals like the Cannes Film Festival and winner of the Palme d’Or for his movie Shoplifters, appeared as a surprise guest on video and shared his new projects with Netflix. He said he is teaming up to create a drama series and a biggest movie for me that is different from my previous works. You still need to wait for a bit, before they’re wrapped and released. He continued “I’m looking to incorporate different elements from movies,  and create some exciting projects. I’m looking forward to sharing these projects with all of you soon.”

Love Like the Falling Petals (Film): Lead actor Kento Nakajima and Honoka Matsumoto appeared on the stage with Director Yoshihiro Fukagawa. Nakajima talked about how he got to know the original novel and how happy he was to receive the offer to play Haruto.  Matsumoto also shared her thoughts on what makes people gravitate to the story and characters.  The book, which TikTok contributed to its popularity, was known as a tear-jerker. The three agreed that the screenplay would not disappoint the fans’ expectations.  While showing some behind-the-scenes footage, the actors shared stories of what happened on set; as well as, their memorable scenes. 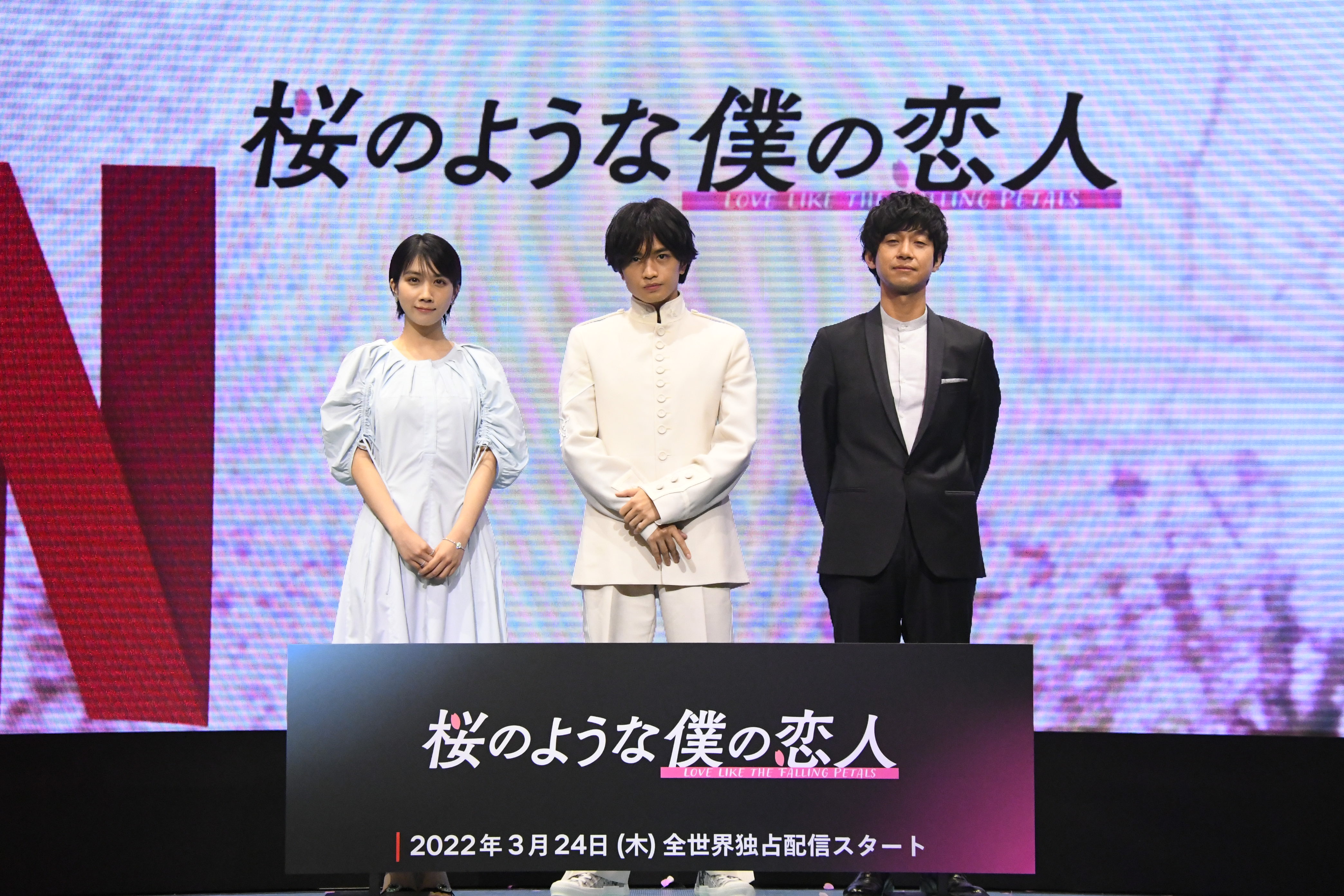 He’s Expecting (Series):  Takumi Saitoh and Juri Ueno, Director Yuko Hakoda, and the moderator Kamiko Inuyama discussed the social comedy series that centers around cisgender man Kentaro Hiyama, who gives top priority to his work, is notoriously single, and ends up getting pregnant. Saitoh talked about how he prepared for the role and how he felt about playing a cisgender man giving birth. Ueno talked about how her character has been changed through the experience. Director Hakoda expressed the challenges to find the balance between the comedy and a serious story, and also the message that she wanted to tell from the original comics. Lastly, each talent shared their own experience that became a turning point in their lives like Hiyama who has changed himself through unexpected encounters and experiences while he believed all of his choices in his life are correct. 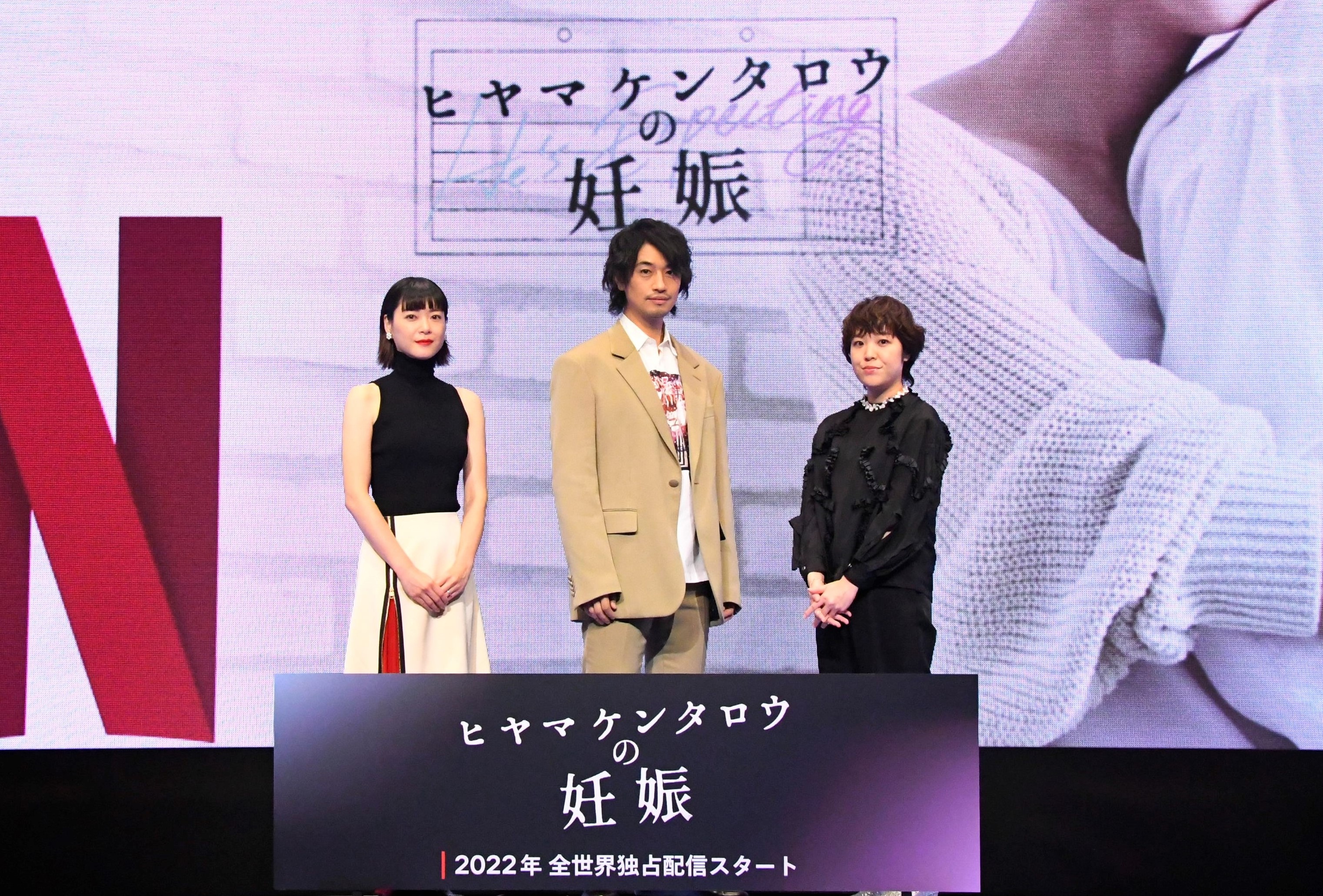 We Couldn’t Become Adults (Film): Mirai Moriyama, Sairi Ito and Director Yoshihiro Mori introduced this film which is now available on Netflix.  Both actors pointed out that the unique emotional story, which is an adaptation of the bestselling novel, was relatable to adults regardless of their age.  The director said he worked hard for the viewer to have a nostalgic feeling throughout the movie. The actors also addressed this is a love story of two people who live their life fullest to make adults cry beyond generation, by sharing their stories of when they were in adolescence. 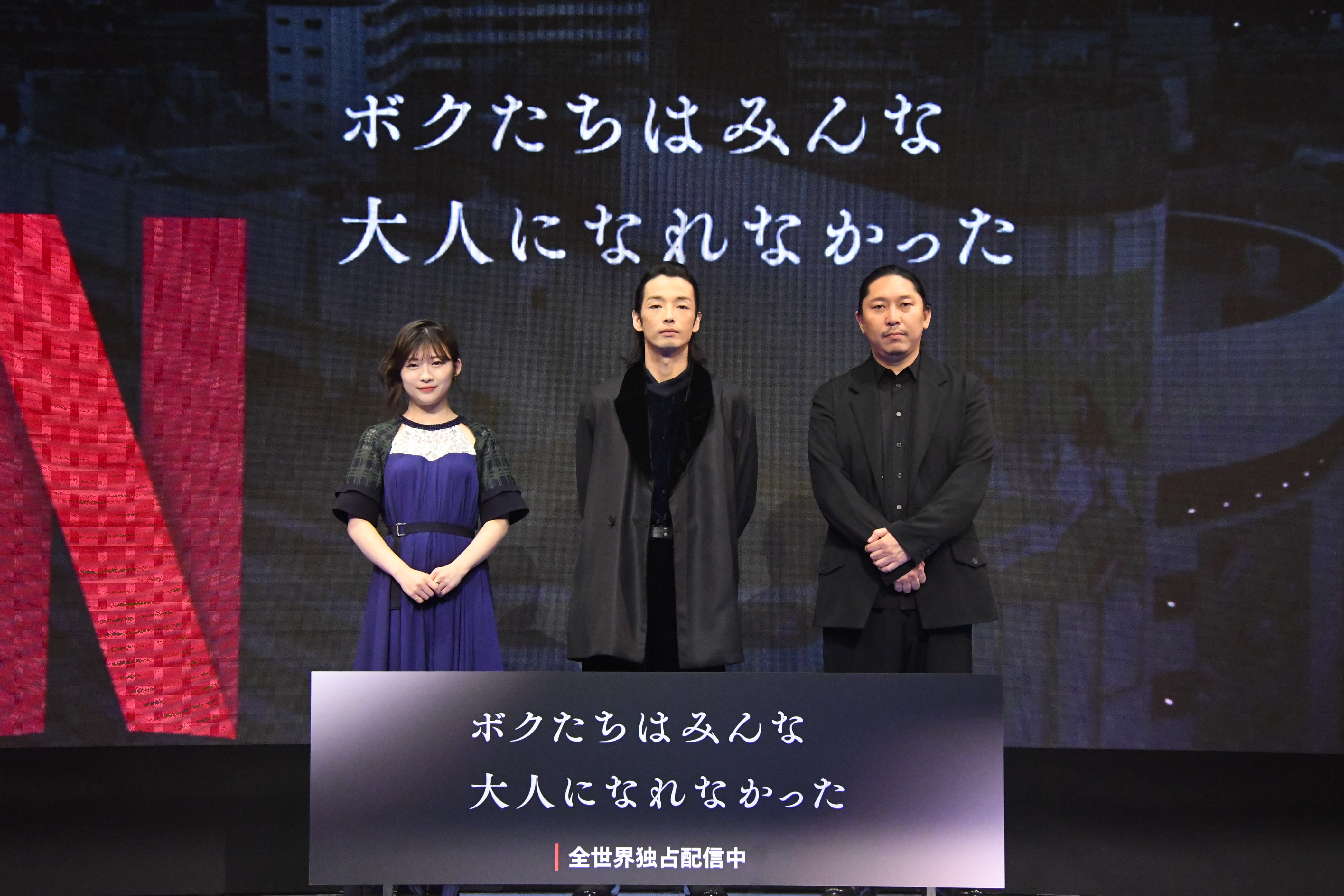 The Journalist (Series): Ryoko Yonekura, Go Ayano and Director Michihito Fujii talked about the six-episode suspenseful drama, which is an adaptation of the Japanese Academy-Award winning film of the same title. It was a challenging role for Yonekura but she learned by visiting the newspaper companies and hearing from the reporters, which the director praised her achievement. Ayano, who played a government bureaucrat, came on board with no hesitation because of the strong relationships and trust with the director built for their previous film The Family. He went through tremendous body transformation in the short time to play his role. Fujii says the biggest difference of the series from the film is a new character added in the series played by Ryusei Yokohama, which help the audience to feel relatable through the lens of the university student who looks for the job. 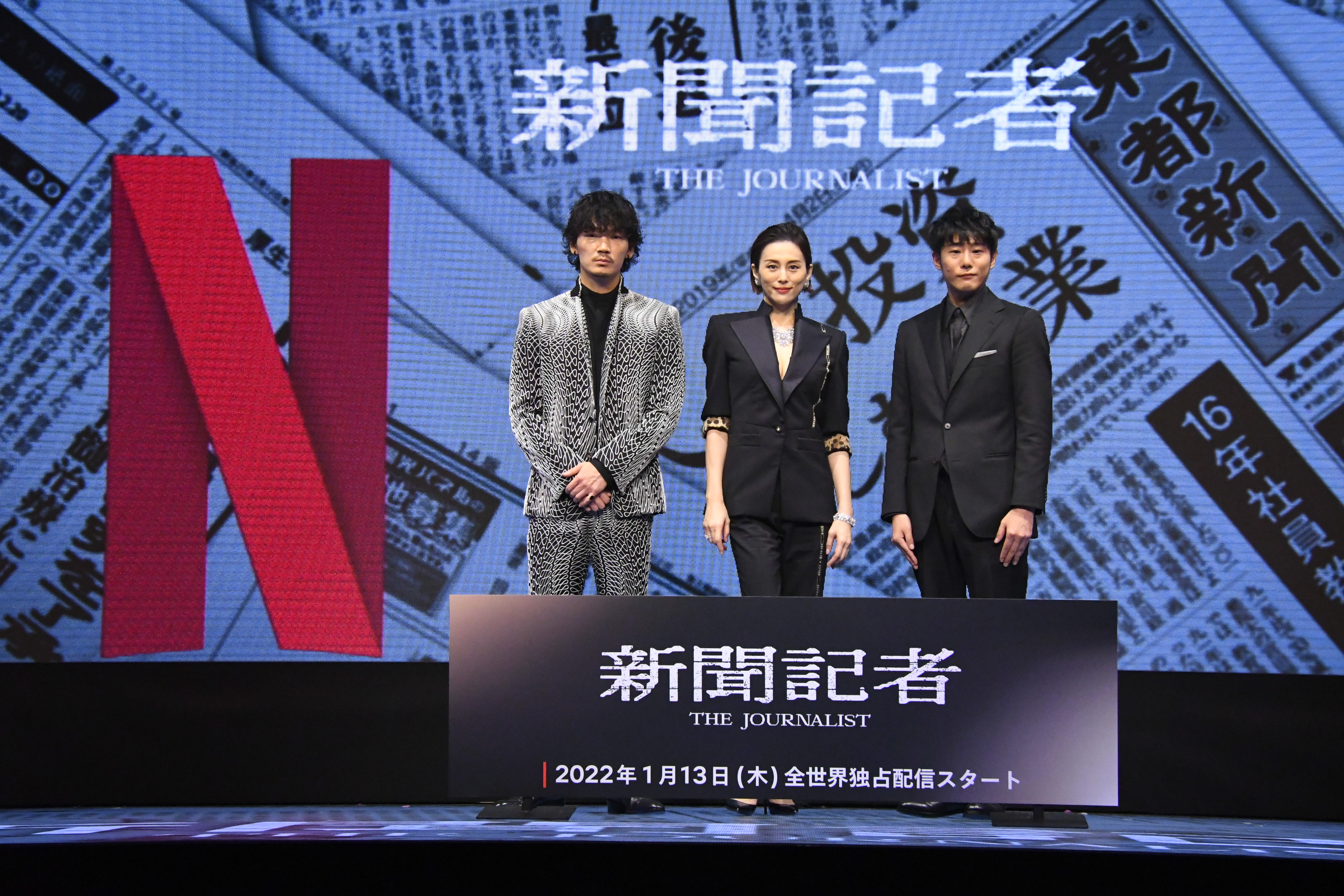