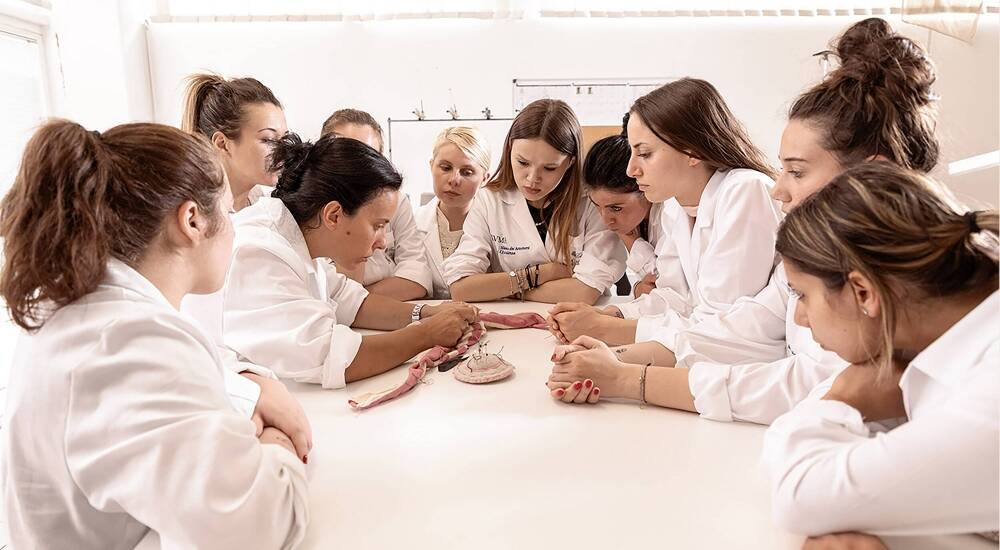 Within a particularly difficult economic context for younger generations, LVMH is accelerating its HR and Corporate Social Responsibility (CSR) policy dedicated to these groups, particularly in terms of training and access to employment. By the end of 2022, the Group plans to recruit 25,000 young people under the age of 30 worldwide, including nearly 5,000 through internships or apprenticeships, as well as 2,500 through permanent employment contracts in France.

To support this ambition, LVMH is strengthening its “Craft the future” action plan for young people of all backgrounds. After a highly successful pilot project, the Group is opening up access to its educational platform, available at INSIDELVMH.com, for all young people around the world, regardless of their background or training, to learn more about the various luxury trades and prepare for roles in the industry. LVMH will also focus on preserving and passing on skills and recruiting in crafts and sales professions with its “Métiers d’Excellence” program.

In keeping with its commitment to passing on skills, the Group is continuing to help young people build their careers through several initiatives (see box) carried out in partnership with schools and universities in France and abroad. Its “Craft the future” action plan is aimed equally at new graduates and others who have yet to find a job, as well as all everyone with a passion for trades based on excellence, expertise and craftsmanship. These include:

INSIDE LVMH, a unique platform dedicated to the luxury industry and accessible at no cost to all

LVMH is structuring and strengthening its outreach to young people with INSIDELVMH.com, a platform designed to improve students’ knowledge of the luxury sector, provide them with quality training from experts and help them prepare for their careers. Stemming from the “INSIDE LVMH”
in-person meetings launched in 2016, this platform already has more than 16,000 registered users after launching a pilot in spring among partner schools, interns, apprentices and young talent within the Group.

With 50 hours of exclusive content contributed by luxury experts – including employees, HR staff and managers from the Group and its Maisons, as well as teachers from around the world – LVMH is opening the doors to its six luxury business sectors.

In addition to this original content, the platform also offers a training program granting a certificate of completion. The curriculum includes 30 hours of exclusive content in the form of modules and
hands-on case studies, while delivering the “INSIDE LVMH” certificate upon completion. More than 3,000 registered users obtained this certification during the pilot, with the top 400 earning the opportunity to receive mentorship from a Group employee.

A new “INSIDE LVMH” certification session will open on September 28 to young people from all over the world, regardless of their education or background.

Métiers d’Excellence (ME), bringing the next generation into craftmanship

The “Institut des Métiers d’Excellence” (IME) is continuing to expand its geographical presence. It is now present in six countries (France, Switzerland, Italy, Spain, Japan and recently Germany) and trains apprentices in 27 expert trades across three focal areas: design, craftsmanship and sales. Thirty-nine Maisons of the LVMH Group take part in 34 programs in partnership with 24 schools.

“For the past 16 years, LVMH has stood as the most attractive company for business school students in the Universum France ranking. At a time when the COVID-19 crisis has particularly affected the younger generations and impacted their employability, LVMH intends to accompany and support them in a concrete way to build their careers. This is the purpose of our “Craft the future” action plan. Beyond the recruitment figures, it is essential for the Group to commit to the employability of young people by improving the visibility and knowledge of our expert trades.” says Chantal Gaemperle, Director of Human Resources and Synergies, LVMH

Attraction & recruitment: 25,000 young people under the age of 30 recruited worldwide by the end of 2022

LVMH Plans To Recruit 25,000 People Under The Age Of 30 By The End Of 2022 And Is Launching Several Initiatives To Provide Access To Training And Employment For Young People From All Backgrounds