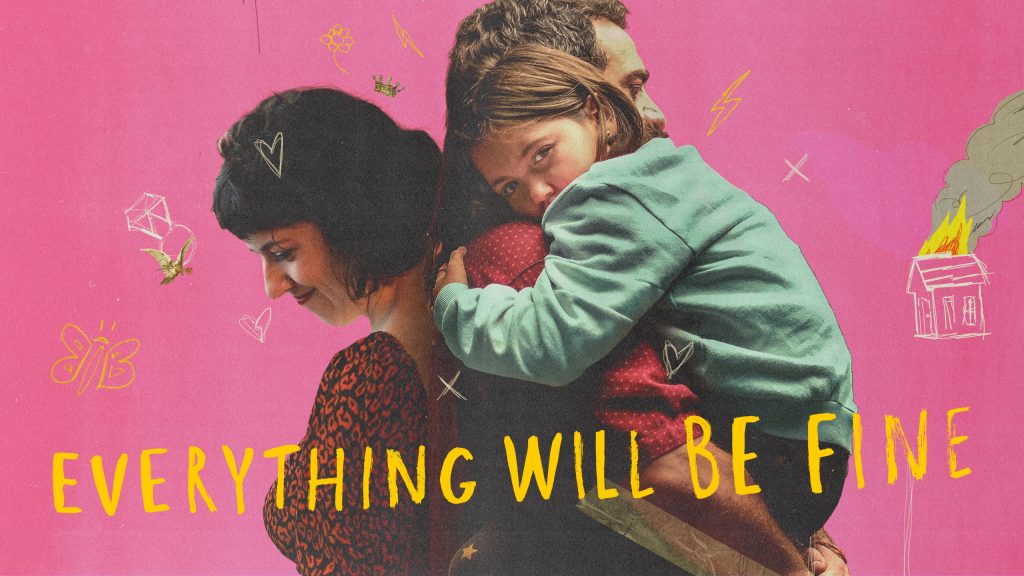 I’m so excited to share Everything Will Be Fine with audiences in Mexico and around the world. This project represents years of work, reflection and laughter, of sharing a sobering journey accompanied by a team that I will always carry in my heart.

Everything Will Be Fine, which I produced and directed, takes place in Mexico City and is a ‘dramedy’ that reflects on the idea of ​​family and relationships today. This story is born from an urgent need to question the idea of ​​the perfect couple, romantic love, the creation of a family and the fusing of expectations that one may have about a relationship in an act as cold, institutional and contradictory as marriage sometimes can be.

My whole life has been about understanding farewells and separations. Since I was a child, I had to learn to say goodbye to my mother at a very young age, then part ways over and over again with long-term or ephemeral courtships stemming back to elementary school. There were many nights when I cried saying farewell to theater, film and television colleagues who I had come to consider as part of my family; fundamental relationships that always ended abruptly with the last filming call or function. All our lives we are bombarded with absurd ideals of almost eternal relationships, lifelong partners and inalienable commitments… but nobody really teaches us to say goodbye.

Also at the center of Everything Will Be Fine is the family, the possibility that we have to create relationships for life. It is this love and the longest-lasting commitment, whether it is between parents and children, or mothers and fathers, or mothers and mothers, or fathers and fathers, or however it suits everyone. Perhaps the hackneyed phrase of ‘until death do us part’ fits. This series questions gender roles and the idea of ​​a traditional family, and looks at those who want to imagine things differently than what they read in children’s stories —  families that adjust to the complexity of our search for happiness.

The series also raises questions about marriage, monogamous relationships, and the social, professional and political aspirations that bring us closer together and then seem to create irreconcilable differences. But the series is also about imagining, as those who I trust the most would say, the possibility of different realities living together harmoniously. This is all told through fictional storylines, and always with humor. The only way to be serious.

The experience bringing this story to the screen was difficult. Beyond the implicit complexity of telling such a layered story — thinking it and writing it confronted us with our own prejudices and our history — we had to film during Covid. However, that forced us to be creative in unexpected ways, to build this dream with new tools, unproven strategies, and limited resources. The result was better than we could imagine. In times of crisis, it is creativity that can save us. I’m thankful for having worked with a team willing to do anything to tell this story. Today we present a series which our entire cast and crew can be proud of, a story that is worth saying: yes, we did it ourselves!

Watch the trailer below to learn more and prepare for Everything Will Be Fine on August 20.

Diego Luna Unveils His New Series ‘Everything Will Be Fine’