The official dinner of Women In Motion, a Kering program that shines a light on the contribution made by women to the film industry, was held on Sunday July 11, 2021 at the Place de la Castre, overlooking Cannes. The menu was created by Michelin-starred chef Adeline Grattard and served on Ginori 1735 porcelain. After such an unprecedented year, the guests were delighted to be together, and to be celebrating women in cinema. Some 2,500 colored paper lanterns and 900 candles added to the festive atmosphere, along with clips from the Euro 2020 final, won by the Squadra Azzurra.

In the presence of the festival jury, François-Henri Pinault, Chairman and Chief Executive Officer of Kering, Pierre Lescure, President of the Festival de Cannes and Thierry Frémaux, Director of the Festival de Cannes, gave the 2021 Young Talent Award to Australian director Shannon Murphy, following her acclaimed first film, Milla. In keeping with the tradition of the award, she had been chosen by her predecessor, Maura Delpero, whose presence enabled Kering and the Festival organizers to officially present her with the Young Talent Award for 2020.

They then presented the 2021 Women In Motion Award, kept secret until the last moment, to the campaigning actress, producer and director, Salma Hayek.

Pictures in HD can be downloaded here and B-roll of the event is available on demand.

About Women In Motion

Kering’s commitment to women is at the heart of the Group’s priorities, and through Women In Motion extends to the field of art and culture, where gender inequalities are still flagrant even though creation is one of the most powerful vectors for change.
In 2015, Kering launched Women In Motion at the Festival de Cannes with the aim of shining a light on women in cinema, both in front of and behind the camera. Since then, the program has been expanded to include the fields of photography, art and literature. Through its awards, the program recognizes both inspirational figures and talented young women, while its Talks provide an opportunity for leading personalities to share their views on the representation of women in their profession.
For the past seven years, Women In Motion has been a platform of choice for helping to change mindsets and reflect on women’s place and recognition across artistic fields.

A global Luxury group, Kering manages the development of a series of renowned Houses in Fashion, Leather Goods, Jewelry and Watches: Gucci, Saint Laurent, Bottega Veneta, Balenciaga, Alexander McQueen, Brioni, Boucheron, Pomellato, Dodo, Qeelin, Ulysse Nardin, Girard-Perregaux, as well as Kering Eyewear. By placing creativity at the heart of its strategy, Kering enables its Houses to set new limits in terms of their creative expression while crafting tomorrow’s Luxury in a sustainable and responsible way. We capture these beliefs in our signature: “Empowering Imagination”.

Please visit the Women In Motion press section on kering.com 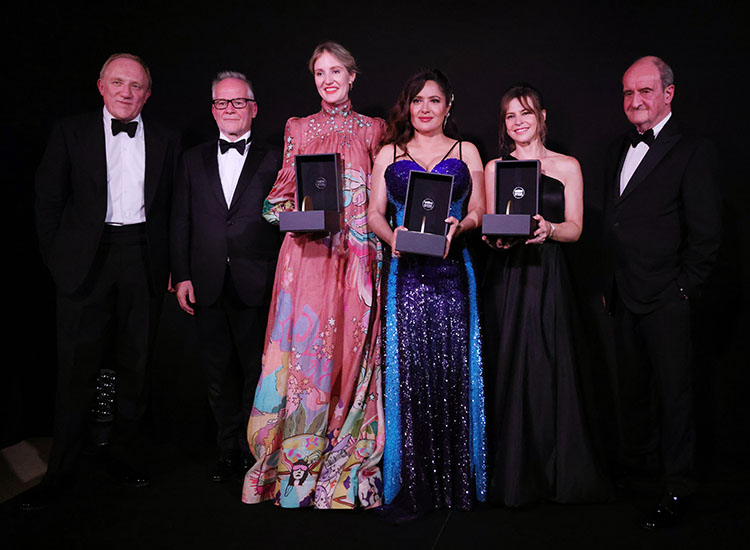