Coca-Cola has been working on a paper-based bottle, and this summer it’ll test it — by producing a 2,000-bottle run of its fruit drink Adez, in Hungary.

That video above is by Paboco, a Danish firm that’s developing the bottle for Coca-Cola. The BBC spoke to executives there:

Michael Michelsen, the firm’s commercial manager, says the bottles are formed out of a single piece of paper-fibre-based material to give them strength.

“That’s part of the secret really,” he explained, adding that moulding a single object – rather than relying on joins – ensured the bonds between the fibres stayed robust.

“With a clever combination of product design and the strong fibre blend, that’s what makes it really possible to not break under pressure.”

Coca-Cola and Absolut’s trials will be the first real-world test of whether the technology holds up to the rough-and-tumble logistics of food transport. [snip]

But even if the tests go flawlessly, the real challenge lies in getting rid of plastic altogether.

Because the paper cannot come into direct contact with liquids, the plan is to use a plant-based coating on the inside of the bottle.

“It’s going to be a bio-based barrier, that’s really something minimal, that keeps that food safe, that keeps the product safe at the same time,” Mr Michelsen said.

I’ll be interested to see how well this works. I’d be particularly intrigued to see a full-cost-accounting (of carbon output, of materials, etc.) for how a paper-based bottle like this would compared to a plastic bottle or aluminum can.

Plastic bottles are an absolute disaster. Cities for decades have set up recycling programs for plastic containers, and it turns out only a tiny percentage of them were recycled. As NPR decisively documented last year, the plastics industry knew decades ago that recycling plastic single-use containers wasn’t going to happen — but they produced huge public-relations campaigns encouraging it, to make consumers feel okay about buying so much plastic. “I’ll recycle it!”

It was smoke and mirrors. For years I dutifully put my plastic recycling curbside, out of a combination of habit and a fundamentally medieval calculation of guilty indulgences. But these days I know the jig is up. All my single-use plastics are going into the trash-heap; at least, the parts that don’t wind up as microplastics in my spleen, or macroplastics in whale-guts.

Aluminum single-use cans are a more complex ecological/economic calculation, as this story notes. Aluminum emits monstrous amounts of C02 when it’s first created, but, once made, is genuinely recyclable. Plus, its lighter weight and heat transmission means aluminum containers emit less C02 in transportation and refrigeration. I can’t glean, from any of these stories about paper bottles, how a paper bottle stack up against aluminum. Hopefully better?

One also wonders what the practical and moral proportions are here: How much these efforts to deplastify consumption are fig-leaves of greenwashing vs. genuine steps towards making things better. It’s nearly always “both”, though I can’t tell what percentages are in play here. The Paboco executives seem intent on eventually making a bottle that doesn’t wind up in the waste stream. With Coca-Cola, it’s harder to tell. They’re bottom-line-focused, so they’re unlikely to scale this stuff fast without serious pressure.

I’m predispositionally intrigued by cool engineering, so generally I’m “paper bottles, woo!” But engineering is only part of the picture. Weaning ourselves off plastics is gonna require a full-spectrum response, including cultural change and regulations to firmly push huge firms along. But hopefully this bottle is one small step in that direction. 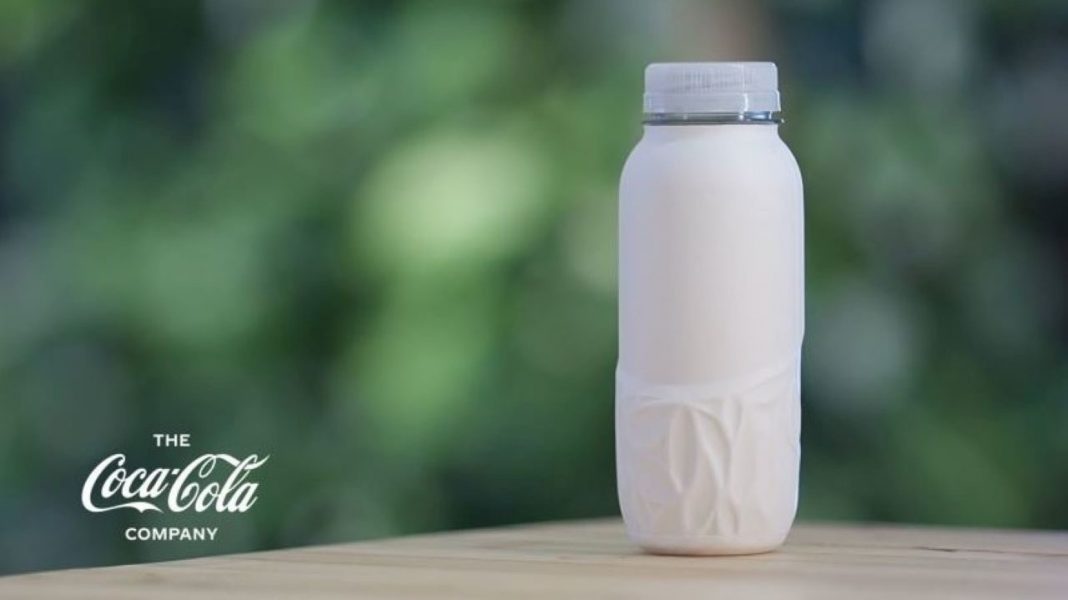