To mark Louvre Abu Dhabi’s fifth anniversary, Musée du Louvre has announced the exceptional loan of Saint John the Baptist by Leonardo da Vinci, a renowned masterpiece by the Renaissance icon. The painting will be presented in the permanent galleries of the UAE museum from November 8, 2022, for a period of two years.
One of the most famous paintings in the Louvre, Saint John the Baptist by Leonardo da Vinci represents the utmost peak of the Tuscan master’s genius, along with the entire Renaissance movement. The mystery and grace emanating from the figure of Saint John, as well as the skillful chiaroscuro painting technique, never stopped fascinating millions of annual visitors within the world’s most-visited museum.
Left unfinished at the death of the artist, Saint John the Baptist once belonged to very prestigious owners, including King Charles I of England, followed by France’s King Louis XIV, before joining the Musée du Louvre, after its opening in 1793. 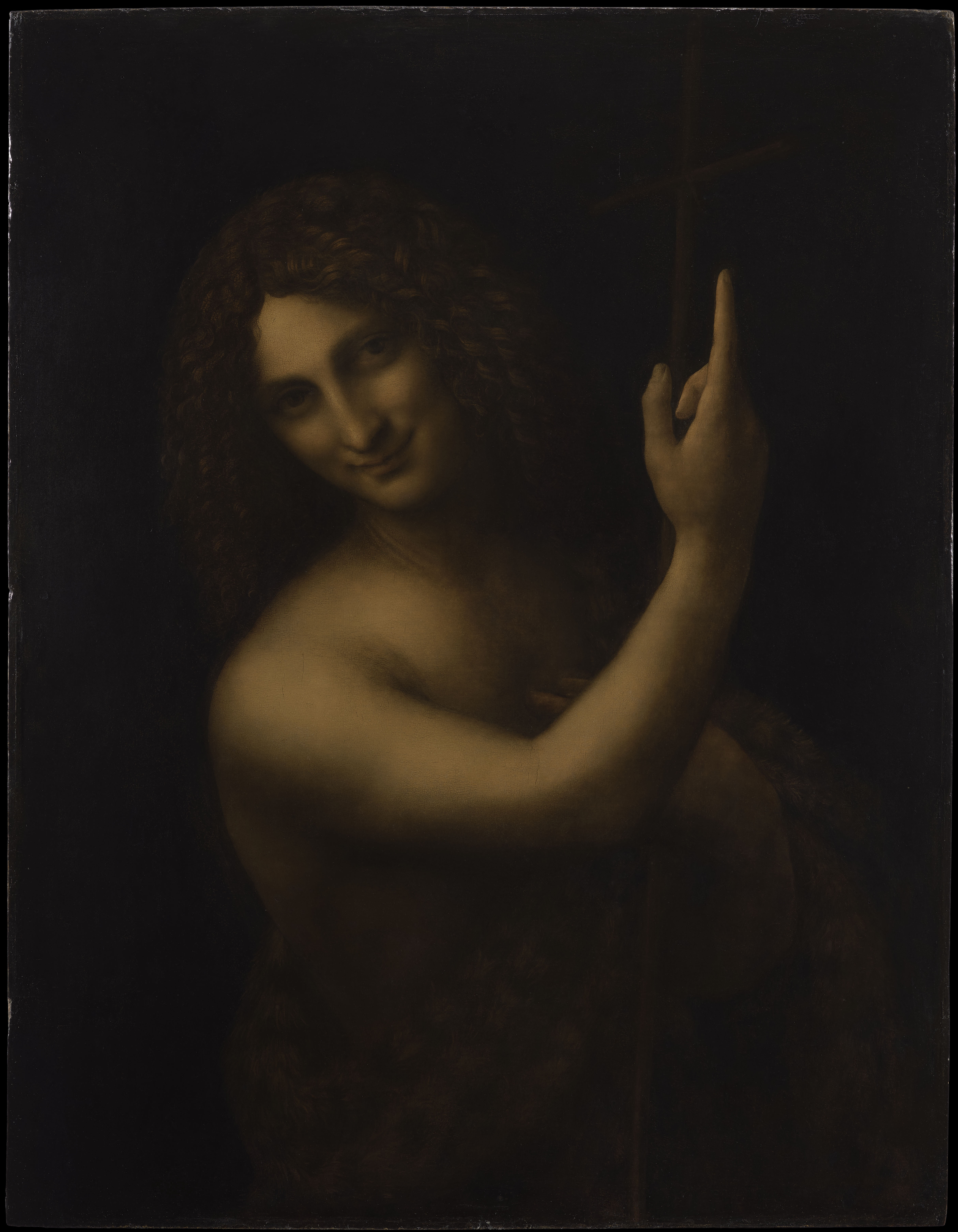 Leonardo da Vinci’s genius and experimental work
Leonardo da Vinci (1452-1519), one of the world’s most famous artists, whose very name is associated with artistic genius, actually painted very little. After La Belle Ferronnière, loaned by the Louvre in 2017, the presence of a second da Vinci at Louvre Abu Dhabi is an incredibly significant occurrence. Presented in wing 3 at Louvre Abu Dhabi devoted to modern times (15th – 18th centuries), the oil-on-wood painting embodies the great genius of the Renaissance.
In the early part of the 16th century in Florence, Italy, Leonardo da Vinci began to paint this image of John the Baptist, the patron saint of the city. It is not known whether the work was commissioned or whether the artist himself chose this subject. For more than 10 years, the master never ceased to perfect the smallest details of the composition, featuring symbolic and experimental elements, as well as virtuoso technique, which made the painting a true artistic experience.

Saint John the Baptist was kept in possession of da Vinci, who brought it with him when settling in France in 1516 at the invitation of King Francis I (1494 – 1547). When Leonardo da Vinci died in 1519, the painting was still partly unfinished – including the right arm and the fur covering the body. Acquired by the French sovereign, the painting passed into the collection of King Charles I of England (1600 – 1649) in approximately 1630 before entering the collection of Louis XIV in 1662. The work then remained in the French royal collection until it entered the Louvre during the French Revolution.

Saint John the Baptist was restored in 2016 by the Louvre Paintings Department. The detailed process made it possible to thin the thickened layers of yellowed and oxidised varnish that were applied after the artist’s death, which were detrimental to the colour palette and concealed the form of Saint John. The figure of the saint would then regain a structural relief, highlighting the sinuous, twisting movement and a more subtle facial expression.

Masterful use of shadow and light
The spiritual intensity of the painting lies in the masterful interplay of chiaroscuro technique and in the softness of the modelling. This was done by superimposing very thin layers of glaze, made up of oil barely charged with pigments. This effect, in which Leonardo da Vinci excelled, is called sfumato. It makes contours appear vaporous and animates the figure. The painter used few colours – an almost abstract black background and warm brown tones – a frugal approach that magnifies the radiant expression of the face, where the smile of the preacher triumphs.
Representing an ideal type of beauty, featuring a subtle smile, Saint John the Baptist is reminiscent of other works by the master, such as Saint Anne or The Mona Lisa (Musée du Louvre). The twist of the body, which emerges from the darkness, as if captured in the moment, evokes the delicate flame of a candle in the night.
John was a contemporary of Jesus of Nazareth and lived a humble life in the desert. He became the preacher who announced the coming of the Messiah. He practiced baptism in the waters of the Jordan River, hence his nickname John the Baptist. The preacher is a major figure in Christianity but also one of the prophets of Islam. Subsequently, Saint John the Baptist became the patron saint of the city of Florence in Italy and was a subject often depicted during the Renaissance, an era renowned for its brilliant artistic creations.
Leonardo da Vinci chose to represent John as a young man, wearing abundant, curly hair, dressed in a simple animal skin, holding a stick representing a cross. The saint emerges from the darkness, with his face lit up to reveal a soft and reassuring smile. He points upwards to the sky with his index finger, inviting the viewer to turn to God, while the confident smile gives assurance of the soul’s salvation.

Reactions
For Laurence des Cars, President and Director of Musée du Louvre, “Louvre Abu Dhabi is a unique achievement and a tremendous success in the museum world. This museum, the result of an unprecedented collaboration between the United Arab Emirates and France, has won the hearts and minds of an ever-growing public for five years. The celebration of this anniversary is a great opportunity for the Louvre to reiterate its pride in working alongside our partners and thus projecting ourselves into the next decade. I am delighted to see the arrival at Louvre Abu Dhabi of Saint John the Baptist, a marvellous masterpiece by Leonardo da Vinci, which fascinates museum visitors with its intensity and soothing beauty. We could not imagine a finer ambassador of our values.”

His Excellency Mohamed Khalifa Al Mubarak, Chairman of Louvre Abu Dhabi, said: « The arrival of this renowned masterpiece from Musée du Louvre demonstrates the unique and profound nature of our long-term collaboration. Visitors to Louvre Abu Dhabi have an unmissable opportunity to engage with a magnificent artwork that captures an extraordinary moment in history and now represents a monumental chapter in our own grand story. As we celebrate Louvre Abu Dhabi’s five-year anniversary next month, we must also reflect on how this iconic museum is at the forefront of an unfolding vision for Saadiyat Cultural District – promoting worldwide connections through the universal language of history, culture and the arts.»

The presentation of Saint John the Baptist at Louvre Abu Dhabi is part of a series of four major loans made by the Musée du Louvre, following the intergovernmental agreement extension, signed on December 3, 2021, between Roselyne Bachelot-Narquin, then French Minister of Culture, and H.E. Mohamed Khalifa Al Mubarak, Chairman of the Louvre Abu Dhabi.

What To Do In Bangkok: The Culture-Hungry Traveller’s Guide