Vancouver has a long history of skateboard culture with the first dedicated skate parks opening in the late 1970s. Today the region is home to dozens of skate parks. Here are our picks for 10 you won’t want to miss.

With a covered location underneath the Georgia and Dunsmuir Viaducts, the plaza is a great place to skateboard in any weather. It is a street-style park with lots of rails, curbs, steps, and ramps and is best suited for advanced skateboarders.

Opened in 2013, the UBC Skate Park is North America’s first on-campus concrete skateboard park. It has a bowled mini-ramp, ledges, rails and a unique stacked books feature that is a nod to its university setting. 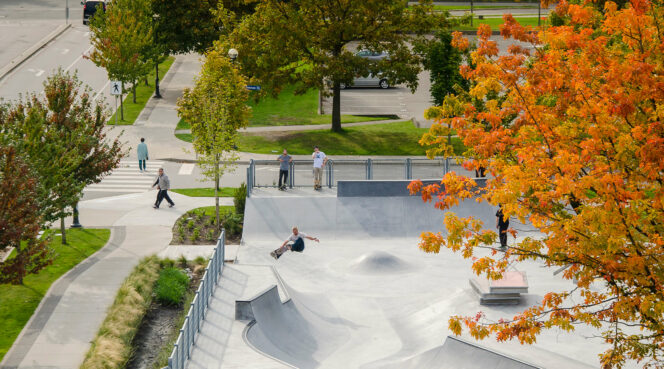 This smaller skate park features a pool-style bowl with a depth of 9.5 feet at the deep end and 5 feet at the shallow end. You’ll also find a mini-ramp and amphitheatre-style ledges. 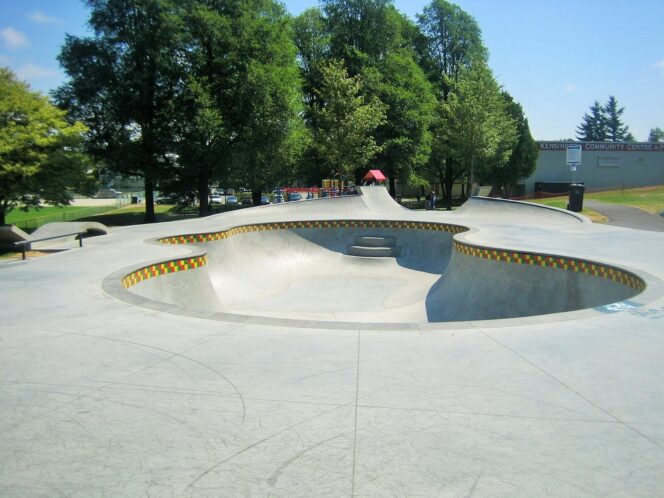 The bowls at China Creek Park make up Vancouver’s first skateboard park, which opened in 1979. Today it’s still a popular spot for skateboarders and BMX riders.

Over the years this concrete skate park has hosted some huge comps including the Vans Park Series. It has a three connected bowls as well as a street-style area. Find it on the west side of Hastings Park in between the PNE Forum and the Italian Gardens.

This abandoned tunnel is one of the most unique places to skateboard in Vancouver. It is located underneath the Cassiar Street connector next to Highway 1. The tunnel is 7 metres high, 49 metres long, and includes mini-ramps, grind poles, and quarter pipes. The park is named in memory of local skateboarder Lee Matasi and was built by volunteers. Formerly known as the Ambleside Skate Park, this park was renamed in 2016 to honour Peter Sullivan, a North Shore local and skateboard industry pioneer. The park has a mini-ramp and a street area. 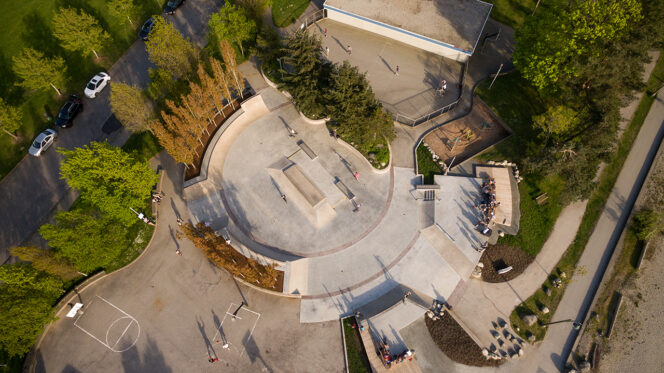 Located next to Metrotown at Bonsor Park, this skate park has features for both beginners and advanced skaters. There’s a street-style zone, a bowl zone with a full pipe, and a beginner section with a shallow bowl and curbs to practice grinding. 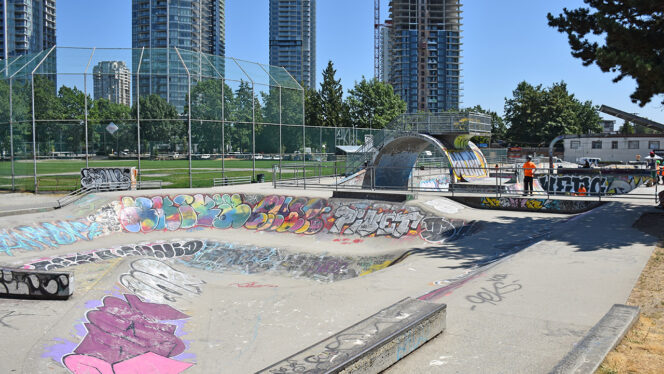 This park has lots of rails, hips, stairs, and ledges in the street area plus a big bowl zone. It’s located at the south end of Lions Park, right next to the railyards.

Located outside the Chuck Bailey Recreation Centre, this huge skate plaza has a big covered area for rainy days. There are lots of ramps, rails, and bowls mixed in with local art installations. 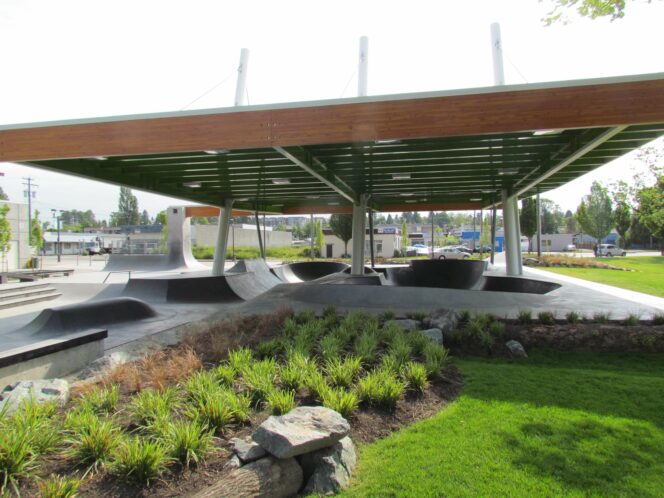