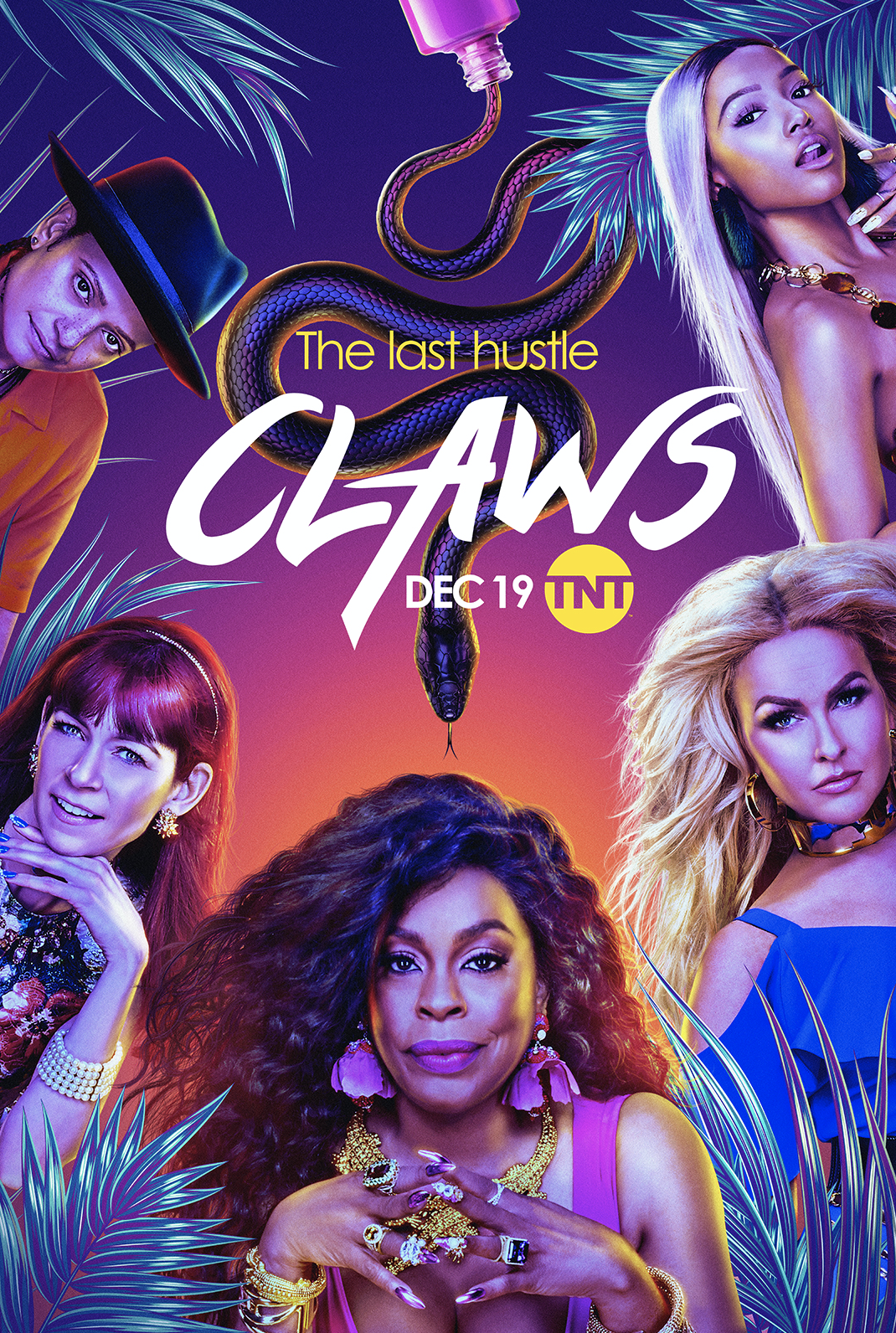 TNT announced today the premiere date for “Shaq Life” season 2 and the updated premiere date for the fourth and final season of “Claws.” Giving viewers unprecedented access into the life of NBA legend Shaquille O’Neal, season 2 of “Shaq Life” premieres with two episodes back-to-back on Thursday, December 2 at 9:00pm ET/PT. The highly anticipated fourth and final season of “Claws” will kick off with a 2-hour premiere on Sunday, December 19 at 9:00pm ET/PT.

What happens when a global icon meets a global pandemic? You still get the Super-Sized life of Shaq where the Big Man brings some big ideas, big projects, and big antics into his ever-growing universe. On season 2 of “Shaq Life,” we’ll prove the point that what you put out comes back tenfold and then some. Even in these unprecedented times, life goes on, bigger and better than ever!

The last year has been hard for everyone, around the world, but Shaq knows we must persevere. Finding motivation in his work, his family, his philanthropy — and even with the heart wrenching losses of his sister and his teammate Kobe, Shaq is doing whatever it takes to make the world a little better each day and leave a legacy like no other.

As the year continues to move on and he rocks out in the last year of his 40’s, Shaq’s goal is to truly live his best life. Follow along as The Artist formerly known as Kazaam fulfills some lifelong dreams, like making a table-smashing wrestling debut for AEW, hosting a huge virtual celeb-filled Super Bowl event, going above and beyond to give back to those in need, reuniting his high school basketball team, starting drama with NBA stars, and yes, even some tug of war with a lion, Shaq’s life is indeed a life lived to its fullest!

“Claws” is a midnight-dark, wickedly funny meditation on female badness set in a South Florida nail salon. The series follows Niecy Nash-Betts’ Desna Simms, who, alongside her crew of manicurists from the Nail Artisans of Manatee County salon, rises to power in the crime world to claim her share of cash and respect. It’s the story of hardworking women trying to get by in this economy, set against the surreal, bright, gritty landscape of Florida and the luscious, absurd, extreme excesses of the crime world. In addition to Nash-Betts, “Claws” stars Carrie Preston, Judy Reyes, Karrueche Tran, Jenn Lyon, Kevin Rankin, Jason Antoon, with Harold Perrineau, and Dean Norris.

About TNT
TNT, a WarnerMedia brand, is watched by more people than any other cable network and known for big, lean-forward television that takes viewers on a thrill ride of electrifying stories, dynamic characters and premium events. TNT is home to some of television’s most popular original series including “Snowpiercer,” “Animal Kingdom,” and “Claws”. TNT is expanding its programming to include premium unscripted with “Rhodes to the Top” and the docuseries “Shaq Life.” TNT also presents primetime specials and sports coverage, including the NHL, NBA and NCAA Division I Men’s Basketball Championships and the professional wrestling league All Elite Wrestling (AEW), which has exploded onto the scene with “AEW: Dynamite” and “AEW: Rampage”. Website: www.tntdrama.com

Official Trailer And Key Art Released For AND JUST LIKE THAT…, Debuting December 9