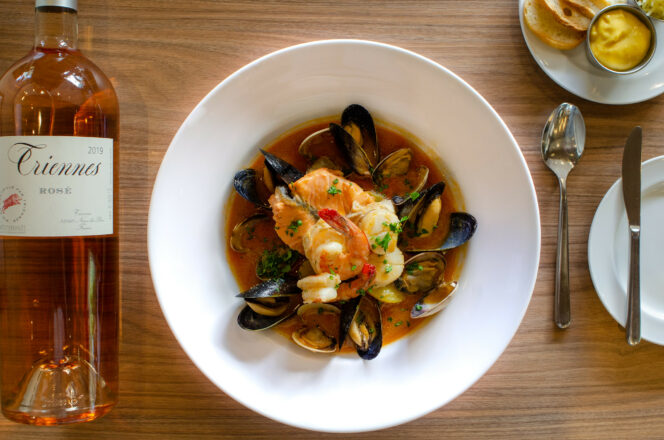 Pierre Rivard, Executive and Artistic Director of Le Centre culturel francophone de Vancouver, is eager to share francophone culture with everyone living in and visiting the city.

“We are here so you don’t have to take a five-hour flight to go to Quebec if you want to have activities in French,” he says.

When Rivard first moved to Vancouver in 1992 from Quebec, he says that francophone culture was not a significant presence in the city. However, the former Gouvernement Relations Manager at La Fédération des francophones de la Colombie-Britannique explains that the community rapidly grew as more people became aware of the benefits and joys of speaking French and learning about francophone culture.

“From census to census in B.C., the francophone community has been growing. There has never been a decrease in the number of people who have French as a first language,” he says. He continues that there are also increasing numbers of people for whom French is their second, third, or even fourth language. In fact, the 2016 census reported that, at the time, 64,320 British Columbians spoke French as their first official language, and 316,730 had knowledge of French.

“As Metro Vancouver is becoming more and more diverse in terms of population, the same thing is happening within the francophone community,” he says. He explains that francophones in the city come from a wide range of places outside of Canada, and that due to a vibrant French-language school system here in B.C., many francophones are now born in Vancouver.

While Le Centre was originally created in 1975 for the purpose of being a gathering place for those who spoke French, their mandate officially changed on September 14, 2000, to include everyone. “We welcome anyone who has an interest in participating in our activities, whether they have French as a first language, French as a second language, or no French at all,” he says. 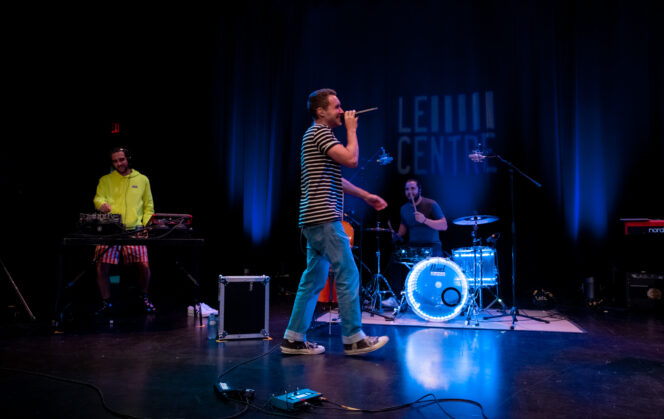 From November 13 to 27, they’ll be holding their annual Coup de Coeur francophone de Vancouver, which will feature prominent artists like Fred Pellerin, the duo De Flore, and Louis-Jean Cormier. They’ll also be collaborating with Les Francovertes, an emerging artist competition from Montreal, to offer concerts to both schools and a general audience. Many of the concerts will be livestreamed, allowing audiences beyond Vancouver to enjoy the performances.

Rivard and the staff at Le Centre are busy planning for a Christmas fair in December, and the return of their annual book fair in April. Also in the works is their annual Comedy Event in March and the very popular Festival d’été, a week-long series of francophone concerts in the summer. 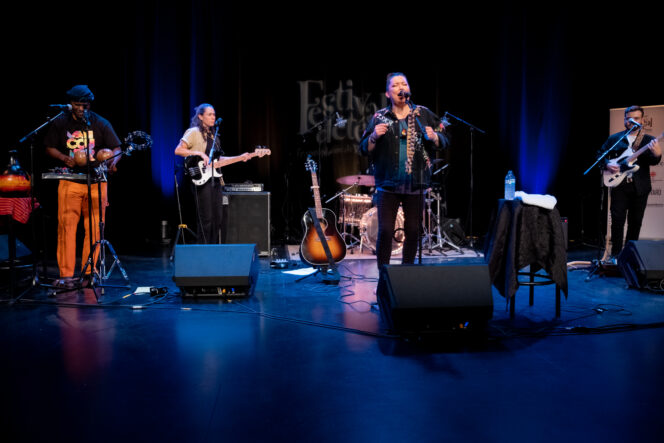 “As the third most important metropolitan area in Canada, it makes sense that there is a vibrant francophone cultural scene in Vancouver,” says Rivard.

One of the foremost ambassadors of French culture and food is chef Jean-Francis Quaglia, who was recently appointed as a Chevalier (Knight) of the Ordre du Mérite Agricole. The honour is given to those who do invaluable work promoting French food and culinary culture. Previous Vancouver recipients are Michel Jacob (Le Crocodile), John Blakeley (former Bistro Pastis), and Sid Cross (wine expert). 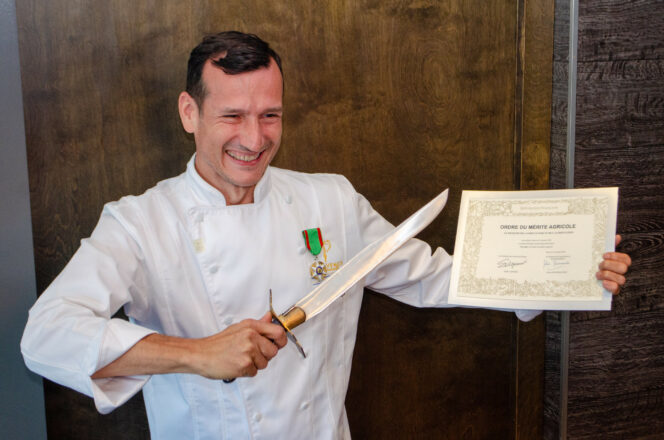 Quaglia, originally from Marseille, France, trained at the École Hôtelière de Marseilles and has had an illustrious career working at establishments like Le Château de la Chèvre d’Or in Eze, France, in addition to Vancouver restaurants such as Le Coq d’Or (now closed).

Quaglia, who moved to Vancouver in 1992, opened Provence Mediterranean Grill in 1997 in the Point Grey neighbourhood to great success. At the time, there weren’t many French restaurants, and diners flocked to the new French establishment in town. “They were really ready for a French bistro in their neighbourhood. The restaurant was a hit. It was a time when Provence [the region in France] was really in, and everyone was travelling to Provence,” says Quaglia.

While the original Provence restaurant is no longer in operation, Quaglia is currently Executive Chef and Owner of Provence Marinaside, which launched in 2002. When asked about the knighthood, Quaglia responds, “The recognition is based on educating people and doing dishes from France.” At the restaurant, he showcases traditional southern French dishes, like bouillabaisse, which comes with prawns, scallops, mussels, clams, fish, and fingerling potatoes, as well as gruyère and rouille (a saffron-flavoured bread sauce). He often draws upon recipes, like for a fish broth, from his mother, Chef Suzanne Quaglia, one of the first female chefs in France.

During the pandemic, Quaglia started offering “French Food Made Easy” meal kits, like one for fennel-dusted Lois Lake steelhead, snap peas, red potatoes, and virgin sauce, which come with videos for teaching people how to cook French dishes at home. “People really love and appreciate those, for sure,” says Quaglia.

Provence Marinaside is offering their Goût de France menu for both lunch and dinner for the entire month of October in recognition of Quaglia’s chevalier appointment, as well as part of Taste of Yaletown. The 3-course menu ($62 per person with $40 per person wine pairings) starts with either a pâté de campagne or a warm goat cheese salad with herbes de provence, mixed greens, beurre blanc, and a balsamic reduction. The second course is a choice between bouillabaisse or squid ink crusted striped bass with risotto-style Israeli couscous, roasted cauliflower, zucchini spaghetti, and bouillon de crustacés. Classic crème caramel with a palmier and whipped cream finishes the meal. 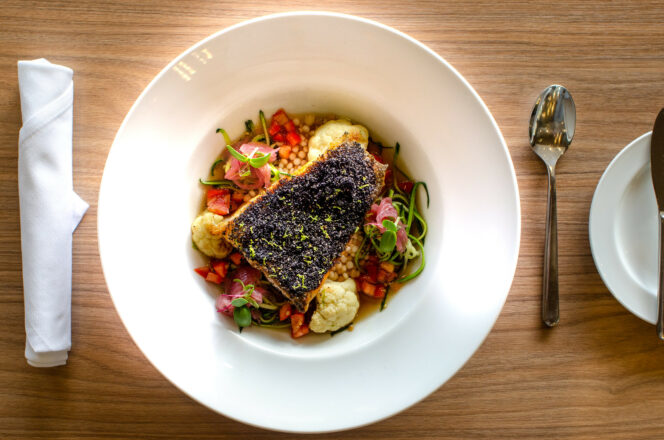 “I love to go out to eat. That’s one of my favourite things to do,” says Quaglia. He treats himself to the boulangerie-patisserie goods at Faubourg and dines out at other French restaurants in town, like Le Crocodile, Au Comptoir, and Café Salade de Fruits, which is part of Le Centre culturel.

Salade de Fruits, a charming French bistro that serves classics like moules frites and cuisse de canard confit (duck confit leg), can be visited as part of a dinner-play package ($69 per adult) offered by Théâtre la Seizième. “We are the main French language theatre company in Vancouver but also in B.C. We play a really important role as a francophone company in promoting francophone culture,” says Caroline Lambert, Communications Manager at Théâtre la Seizième. Lambert explains that the theatre company mounts productions by local Vancouver francophones, as well as Canadian and international French plays. 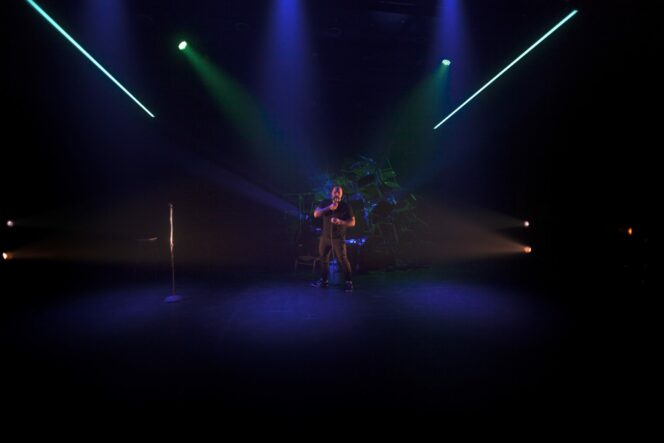 Lambert stresses that the productions are open to all, regardless of French fluency. “We try to attract not only francophone people, but English-speaking people who would like to know more about francophone culture and to discover some shows in French,” she says. As a result, many shows have nights with English surtitles, with audience members coming from a broad range of cultures and French language abilities.

This season, they’re offering four main productions and two for young audiences. The theme is encounters to mark the return to in-person productions. The first show, Nombre, running November 2 to 6, “is really about the encounter with the audience members. The show is based on the participation of the audience members sharing their own lives with each other, and they co-create the show,” says Lambert. Meanwhile, ZÉRO, which runs from February 9 to 12, is about an immigrant from Iran encountering a new adopted country. 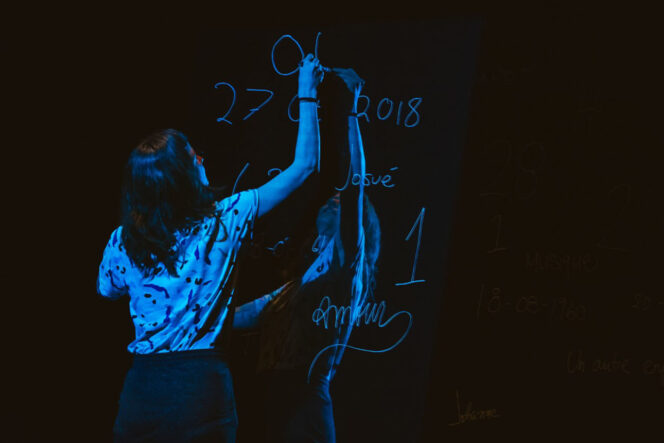 Above all, Lambert says Théâtre la Seizième is really excited to be able to gather again, sharing French theatre with a live audience. Their upcoming season attests to the rich and diverse French cultural offerings that can be encountered and embraced in Vancouver.