HBO in partnership with the New York Latino Film Festival (NYLFF) and VIVA Pictures, are now accepting submissions for the third annual Latino Stand-Up, a national competition in search of the best Latino stand-up comedians in the country. The competition is designed to support emerging talent and increase awareness and representation of Latinx voices in the comedy industry. The top five comedians will perform during the New York Comedy Festival in early November, and the winning comedian will be included in an upcoming “Entre Nos” comedy special airing in 2022 on HBO Max.  The New York Comedy Festival event will be hosted by comedian Aida Rodriguez. Her comedy special Aida Rodriguez: Fighting Words, will be coming to HBO Max in November.

“I’m so excited to be hosting the comedy competition that grants a space for new talent and new voices,” said comedian, writer and actor Aida Rodriguez. “Our stories deserve to be told and everyone on our spectrum is worthy of representation. Comedy is the great equalizer, it allows us to see others and their experiences in a human and relatable way.”

Aida Rodriguez is a Comedian, Writer, and Actor. Lauded by Esquire Magazine as “raucously funny,” she has become a favorite with fans and critics alike. In November 2021, Aida’s first hour standup special Fighting Words will premiere in HBO Max. Additionally, Rodriguez is developing her own half hour comedy series with HBO Max based on her own incredible life story, which includes surviving two kidnappings, sexual abuse, and a period of homelessness. Co-written and Executive Produced by Rodriguez, Chris Case (Showtime’s Flatbush Misdemeanors) and Nastaran Dibai (Netflix’s Dear White People), the project examines the struggle of a comedian (Rodriguez) who is trying to kick start a career while raising two very different teenagers on her own over multiple time zones. In 2020, Aida headlined the HBO Latino stand up special Entrenos while also appearing in Showtime’s Shaquille O’Neal Presents: All Star Comedy Jam, one of only four women to have performed on the series in its 15 seasons. Prior to that, she had her own half hour special on Netflix’s hit comedy series They Ready with Decider gushing that the special “will have you laughing, crying and begging for more” and Esquire Magazine declaring “This is Rodriguez’s genius—using comedy to turn pain into progress, to give voice to the voiceless, and to laugh instead of cry.”

A long time favorite on the standup circuit, Aida was a finalist on NBC’s Last Comic Standingand has been featured in several comedy fan-favorite TV series, including Comedy Central’s This Week at the Comedy Cellar, HBO’s Pause with Sam Jay, and TBS’ Tournament of Laughs. She tours the country performing her distinct brand of poignant and insightful comedy to sold out audiences, inviting her longtime fans to laugh hard, think hard, and feel hard.

HBO® is one of the most respected and innovative entertainment brands in the world, serving iconic, award-winning programming through the HBO linear channels and the direct-to-consumer streaming platform, HBO Max®. Internationally, HBO-branded services are available in more than 85 countries across Asia, Europe, Latin America and the Caribbean. A part of WarnerMedia, HBO is the world’s most successful pay TV service with an extensive array of programming that includes some of the most notable television titles, including dramas like “Succession,” “Watchmen,” “Westworld,” “Big Little Lies,” “Game of Thrones,” “The Sopranos,” “Band of Brothers” and “The Wire,” as well as comedy series “Barry,” “Insecure” and “Sex and the City”.

Viva Pictures is an all-rights distributor and production studio based in Los Angeles. Viva has a successful track record releasing films and T.V. series through major digital platforms. Viva has worked with the industry’s top actors, stand-up comedians, and influencers, and has garnered over 600 million impressions on social media. Viva’s work has been featured in People Magazine, Entertainment Tonight, Extra, Just Jared, and more. For more information, please visit www.vivafilmco.com.

The New York Latino Film Festival (NYLFF) is the nation’s premier Urban Latino film event founded by Calixto Chinchilla. Since its inception in 1999, each year, the NYLFF brings together more than 20,000 movie fans and industry executives for a celebration of culturally relevant and entertaining experiences that aims to build audiences for Latino cinema, support the film community with professional development and foster relationships for Latino talent. Programming includes the flagship film festival in New York City, the Futuro digital conference, competition programs, as well as community programs. For more information on NYLFF, please visit www.NYLatinoFilmFestival.com. 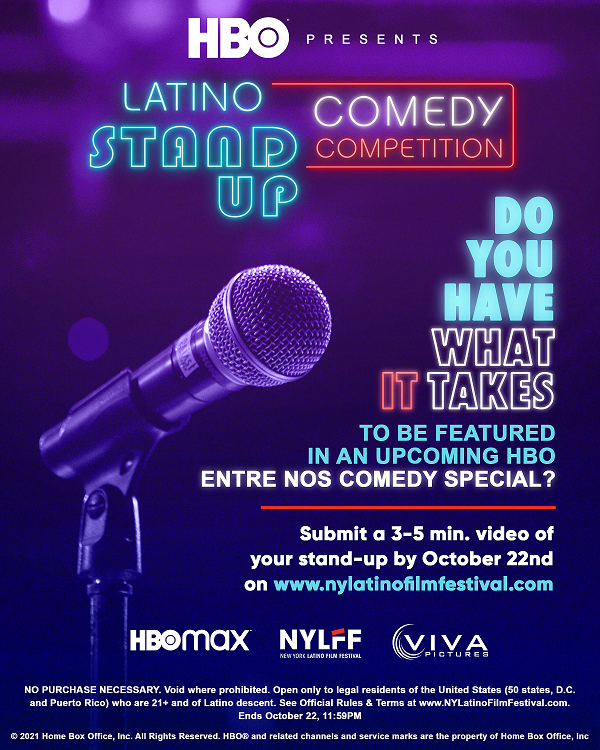