Vancouver International Film Festival (VIFF) celebrates its 40th edition with a vibrant festival program that includes more than 110 feature films, 77 shorts, and 20 events. All films will be presented in-cinema, in strict compliance with provincial COVID-19 health and safety protocols, and select titles will be available for streaming across the province and Canada-wide on the festival’s online streaming platform, VIFF Connect.

VIFF’s 2021 lineup showcases a kaleidoscopic collection of revelatory work, from provocative documentaries to elevated genre films. VIFF Talks take viewers behind the camera, and Totally Indie Day, VIFF AMP, and VIFF Immersed conferences support the local creative communities. VIFF’s 40th edition will officially open with an in-cinema screening of the inventive biopic The Electrical Life of Louis Wain, from U.K. director Will Sharpe, starring Benedict Cumberbatch who gives a bravura performance as the Victorian illustrator who found lasting fame with his knack for drawing cute cats. The festival will mark its closing with an in-cinema screening of Petite Maman, the latest from French director Céline Sciamma. A simple, subtle fairy tale about the mysterious bond between mother and daughter, the poetic film is realized with supreme delicacy and tact.

“Perhaps more than any other art form, film has helped us through these past 18 months,” says Kyle Fostner, Executive Director. “Isolated in our homes, we turned to movies for a connection to a larger world, full of perspectives, ideas, and culture. Our milestone 40th edition will be a celebration of cinema that shares the singular joy of experiencing incredible storytelling safely together, basking in the warm glow of the big screen. At the same time, we’ll continue to offer the opportunity and accessibility gained with last year’s model — with 85 percent of our festival’s vast and varied offerings available online via VIFF Connect. And for the first time, a large selection of films will also be available online across Canada.”

VIFF Board Chair Lucille Pacey adds: “VIFF has always been a festival rooted in community and cinematic excellence. We mark this special edition by reconnecting with those who have supported us through the past four decades and with those who are only just discovering all that VIFF has to offer. VIFF’s remarkable team has programmed an extraordinary lineup that highlights the voices of today and looks to the future of filmmaking.”

“For our 40th edition, our programmers have curated a diverse selection of international cinema that includes work from dozens of countries and countless communities here in Canada,” says Curtis Woloschuk, Associate Director of Programming. “It’s a lineup that truly offers a plurality of perspectives. Many of this year’s selections are born of this era, as they share stories of reconnections with family and community, and employ structures that bend time. There are powerful narratives from Indigenous filmmakers, poignant stories from female perspectives, and bold work that confronts critical issues such as colonialism, racism, and the climate crisis. Likewise, there are films that testify to the transportative power of creativity and remind us that, even when it’s darkest, we can
dream.”

Tickets are now on sale at viff.org. Single tickets are $15 for in-cinema presentations, $17 for in-cinema Special Presentations, and $10 for VIFF Connect. All-access VIFF Connect passes are $80, and will provide access to a selection of film titles and VIFF Talks streamed online. The Limited Edition Festival Pass is $725, and will provide access to all in-cinema and online screenings. While a selection of the film programming via VIFF Connect will remain geo-blocked to the province, a vast majority of films will be available across Canada. VIFF Talks, VIFF AMP, Totally Indie Day, and VIFF Immersed will be livestreamed Canada-wide and internationally, providing an unprecedented level of access to filmmakers and fans around the globe.

To view the in-cinema presentation schedule and a complete list of titles available on VIFF Connect, visit viff.org. 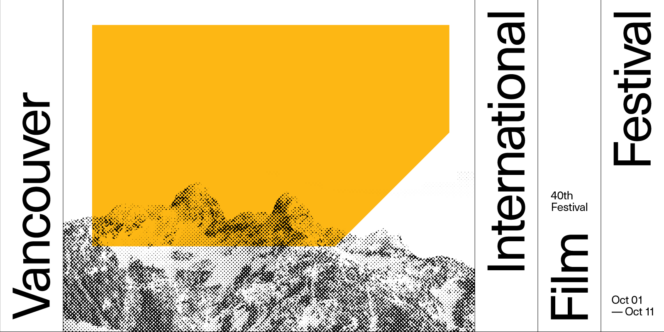